SAVVY SENIORS: UC Riverside has relied heavily on its seniors this year. Zyon Pullin, Arinze Chidom, Jock Perry and Dominick Pickett have combined to account for 62 percent of the team’s scoring this year and 64 percent of all Highlanders points over the last five games.

RAMPING IT UP A NOTCH: The Highlanders have scored 77.3 points per game across four conference games, an improvement from the 67.2 per game they put up against non-conference competition.POTENT PULLIN: Pullin has connected on 50 percent of the 24 3-pointers he’s attempted and has made 5 of 9 over the last three games. He’s also converted 78.6 percent of his free throws this season.

STINGY DEFENSE: UC Riverside has held opposing teams to 37.8 percent shooting from the field this year, the lowest percentage among all Division I teams. 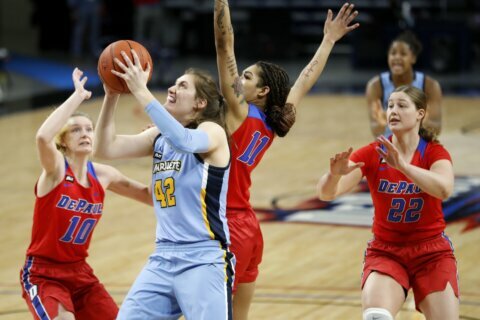