LEADING THE WAY: The Racers are led by their junior duo of Tevin Brown and KJ Williams. Brown is averaging 13.9 points, 5.9 rebounds and 4.1 assists while Williams is putting up 14.3 points and 6.6 rebounds per game. The Bruins have been led by juniors Luke Smith and Nick Muszynski. Smith has averaged 17.2 points and three steals while Muszynski has put up 16.4 points and 5.7 rebounds per contest.TERRIFIC TEVIN: Brown has connected on 31.1 percent of the 45 3-pointers he’s attempted and has made 11 of 33 over the last five games. He’s also converted 60 percent of his free throws this season.

ACCOUNTING FOR ASSISTS: The Racers have recently used assists to create baskets more often than the Bruins. Belmont has an assist on 38 of 83 field goals (45.8 percent) across its previous three outings while Murray State has assists on 45 of 91 field goals (49.5 percent) during its past three games.

DID YOU KNOW: Murray State is rated first among OVC teams with an average of 89 points per game. 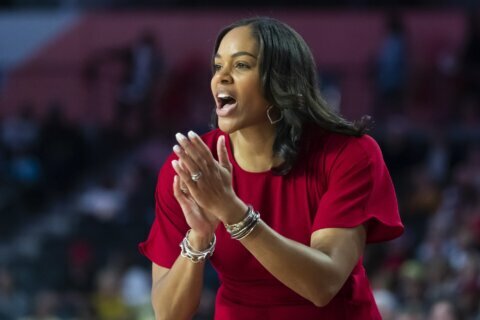