Players were welcomed by jubilant fans, who surrounded the team on both sides and cheered as they walked from their bus to the stage.

“What these guys did under the bright lights was amazing. And I just felt like I was going along for the ride and they made it one of the greatest joys of my coaching career, so I’ll be forever grateful,” Cavaliers coach Tony Bennett said to the screaming crowd as players stood behind him. 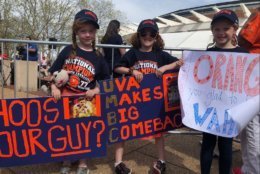 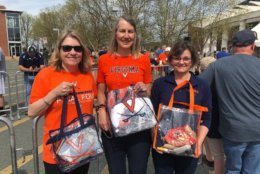 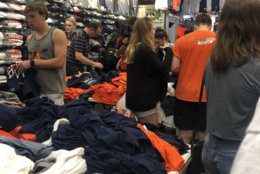 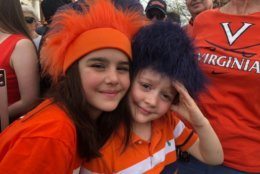 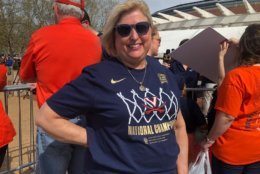 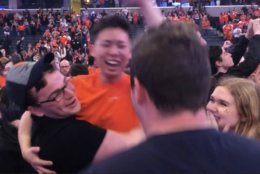 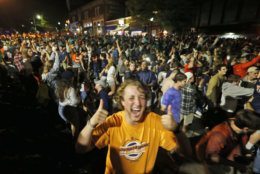 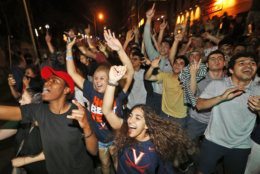 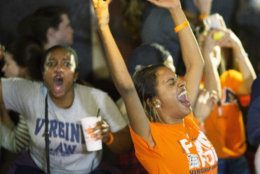 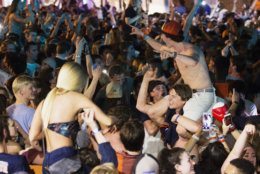 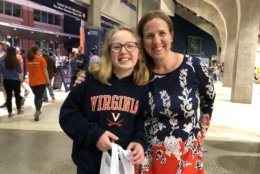 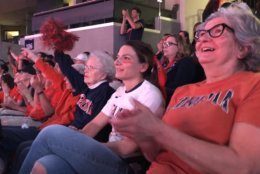 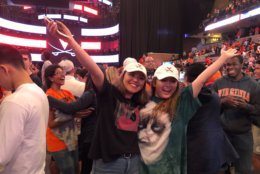 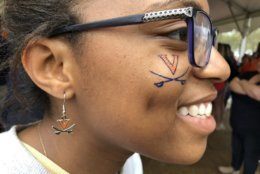 “The crowd in Minneapolis was amazing, you guys being here … we’re looking forward to celebrating,” Bennett said.

“I’m really excited for U.Va., the history of the team, everything,” Donna Dodd told WTOP as she waited to welcome the team back. Dodd’s daughter and son-in-law are U.Va. alumni from the class of 2004.

Hundreds of fans watched the thrilling game Monday night at the John Paul Jones Arena, and crowds spilled out onto the streets of Virginia to celebrate the team’s victory, cheering from roofs and even setting a couch on fire.

The game brought out fans from all over the region and alumni of all ages. WTOP’s Kristi King described the scene as euphoric and deafening.

Virginia finished the season with a school record of 35 wins. 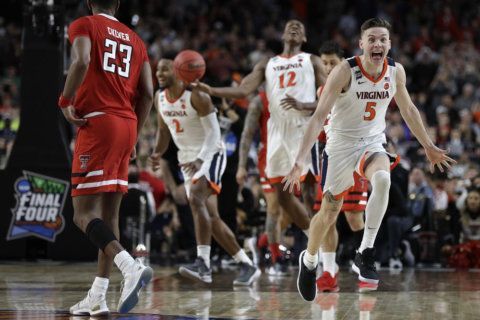 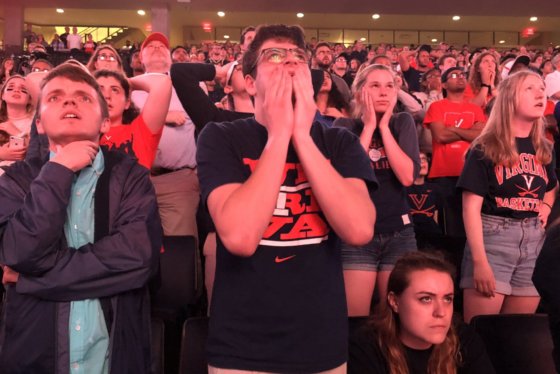 For the first time in school history — and after years of NCAA Tournament heartbreak — the University of Virginia is reveling in a national basketball championship. See photos and videos of the celebration in Charlottesville.