The dream is over for George Washington's women's team. They lost in the first round of the women's NCAA Tournament to No. 3 seed Ohio State.
Listen now to WTOP News WTOP.com | Alexa | Google Home | WTOP App | 103.5 FM
(1/5) 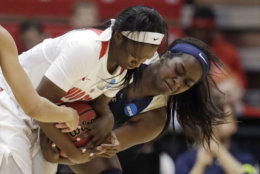 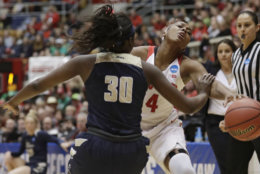 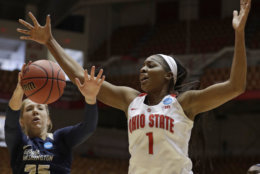 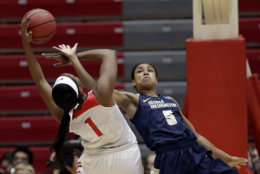 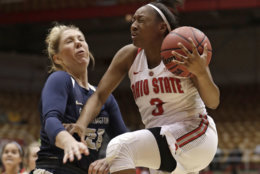 WASHINGTON — George Washington’s season is over. They lost to No. 3 seed Ohio State 87-45 in the first round of the women’s NCAA Tournament.

George Washington got an automatic bid after winning the A-10 title, its seventh overall and third in the last four years.

This was the first trip to the NCAA Tournament that George Washington has made under second-year coach Jennifer Rizzotti.