LAS VEGAS (AP) — A’ja Wilson remembers what it was like being swept in the WNBA Finals two years ago, and didn’t like it.

Sunday, she made sure neither she nor her teammates would feel like that this season.

Wilson had 24 points and 11 rebounds and the Las Vegas Aces beat the Connecticut Sun 67-64 on Sunday in Game 1 of the WNBA Finals.

“In the bubble, we were just happy to be there; and also happy to leave,” Wilson said. “Now in the moment, it’s like okay, we know that feeling. It sucks getting swept, it’s the worst thing ever. That’s the chip on your shoulder, that’s the fire, that’s the grind that you want to say, ‘I don’t wanna get swept anymore. I don’t wanna even have gentleman’s sweep.’

“You wanna go out there and play for your teammates because you felt the way that you felt in 2020 – and you hate it.”

The Aces staved off a late run by the Sun, who nearly erased a seven-point deficit with 1:24 left when Alyssa Thomas hit back-to-back shots to pull Connecticut within three. But DeWanna Bonner’s desperation 3-point attempt to tie the game fell short as time expired.

Chelsea Gray finished with 21 points for Las Vegas, while Jackie Young chipped in 11 as the franchise won their first WNBA Finals game in franchise history. They were also swept in 2008 when the team was in San Antonio.

After squandering a first-quarter lead, and allowing the Sun to control the second and carry momentum in the third, the Aces outscored Connecticut 13-3 to close the third quarter and seize momentum for the final period before a frenzied record sold out gathering of 10,135.

Saturday during Media Day, Las Vegas Aces coach Becky Hammon said she was unsure if she was ready to let Dearica Hamby put her physical game to play after missing the final month of the regular season with a knee injury, missing the first round of the playoffs, and then being used sparingly in the final two games of the semifinals.

But when Hamby came off the bench with 4:33 left in the third quarter, the two-time Sixth Woman of the Year provided an immediate spark for the Aces.

“She was phenomenal, she was ready to go,” Hammon said. “I just got to the point where I was like, my biggest, baddest beast is sitting over there. I’ve just got to throw her in. They want to play a rough game – she’s my girl.”

And Hamby delivered, grabbed three rebounds – two key boards on the offensive end – a put back under the basket, two assists and a steal.

With Hamby in the game, the Aces clawed their way back to turn a six-point point deficit into a two-point lead heading into the final period.

“I just want to do whatever it takes to win. If that means play zero minutes, if that means play 10 minutes and play as hard as I can, I want to do that,” said Hamby, who was in for 10:47. “I thought I could screen well and just put a body on (Thomas) a little bit more, just be aggressive physically. I felt like we were kind of missing that, just to bring physicality.

“I enjoy that kind of style of basketball. I think the crowd, to come back and to feel so loved and know I was kind of missed, I think that gave me a little bit more motivation.”

The Aces set the tone early, hitting 56.3% (9 of 16) of their shots and took a 25-17 lead after one quarter. The Sun wasted no time in getting back into the game, scoring the first six points of the second and outscored Las Vegas 21-9 to take a four-point lead into halftime.

“In the second half of that third quarter, they started to make some difficult shots and we could not find any kind of offensive rhythm, and missed some shots we were certainly capable of, forced some shots, and got stagnated by their defense,” Sun coach Curt Miller said.

Commissioner Cathy Engelbert announced during her pregame press conference that the WNBA will hold a preseason exhibition game in Canada next year with hopes of continuing global exposure for the league. This will be the first time since 2011 that the WNBA has played an international game.

The teams will play Game 2 in Las Vegas on Tuesday. 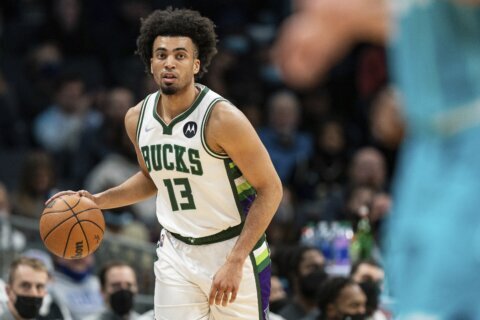 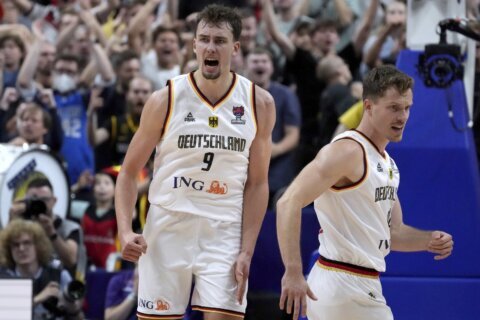 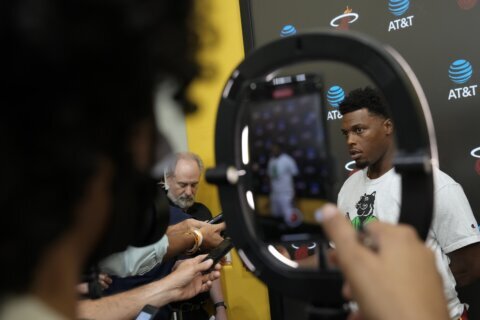