Cavaliers All-Star Allen back for play-in game against Hawks

CLEVELAND (AP) — Cavaliers All-Star center Jarrett Allen was back in the starting lineup Friday for the play-in game against Atlanta after missing 19 games with a broken left finger.

Allen, who hasn’t played since getting hurt March 6, was listed as questionable before being cleared and taking the court with his teammates.

The Cavs haven’t been the same defensively without Allen, who clogs the middle and can block shots or clear rebounds.

The 7-footer was late arriving to Rocket Mortgage FieldHouse for the game after getting stuck in downtown traffic. The Cavs are trying to keep their season going as the Cleveland Guardians play their home opener — and first game since their name change — across the plaza at Progressive Field.

“I’m late,” Allen said as he walked out of the locker room without wearing his sneakers to get in a quick on-court workout before the opening tip.

Fans who were already in the arena gave Allen a huge cheer when he walked onto the floor.

Allen averaged 16.1 points, 10.8 rebounds and 1.3 blocks in his second regular season for the Cavs, who acquired him in a trade last season from the Brooklyn Nets.

While Allen was out, coach J.B. Bickerstaff has tried numerous starting lineups and rotations trying to make up for his absence. 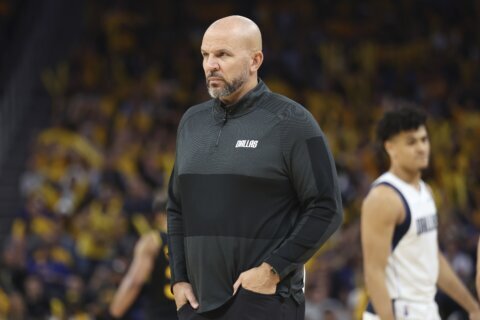 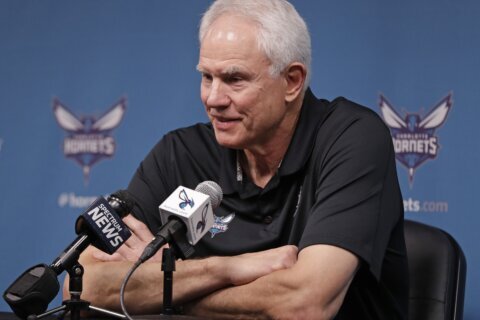