Pascal Siakam scored 17 points, Chris Boucher had 13, Scottie Barnes had 11 and Gary Trent Jr. added 10 as the Raptors extended their winning streak to five and ended a three-game losing streak against the Jazz.

Eric Paschall scored a career-high 29 points, Elijah Hughes had a career-best 26 and Jared Butler scored 17 for the depleted Jazz, who were without eight regulars.

VanVleet scored 24 points in the third quarter, when he shot 8 for 8, made all three of his 3-point attempts and had three rebounds, three assists, and two steals. He scored 17 straight at one stretch.

“That was an incredible one, all the way through the quarter,” Raptors head coach Nick Nurse said.

VanVleet, who has scored 30 or more five times in the past seven games, said Toronto’s defensive intensity in the third helped spark his offensive outburst.

“I really thought it was the defense, to be honest with you,” VanVleet said, “just picking up full court and trying to generate some aggressiveness.”

VanVleet completed his triple-double with a lob pass to Precious Achiuwa with 2:01 left in the fourth.

“I was just trying to get the win,” VanVleet said. “I wasn’t really thinking about it. By the time I checked in in the fourth there, we were kind of in control, so I didn’t have much time to think about it.”

Utah came in 14-3 away from home, tied with Brooklyn for the best road record in the NBA. The Jazz led by 13 at halftime, but lost on the road for the first time since Orlando beat them 107-100 on Nov. 7.

“In the second half, our transition defense was what let us down,” Jazz coach Quin Snyder said.

Hassan Whiteside returned for the Jazz after missing the previous three games while in the concussion protocol.

“I was really pleased and proud of the guys that were out there tonight and how they competed,” Snyder said.

Forward Danuel House and center Norvel Pelle each made their Jazz debuts after signing 10-day hardship contracts earlier in the week. House shot 4 for 7 and scored 13 points.

“He showed some of the reasons that we wanted him here,” Snyder said.

Paschall scored 17 points in the first, eclipsing his previous season-high of 13 points, and Malik Fitts banked in a buzzer-beating 3 from half-court as Utah jumped out to a 40-25 lead after one.

“They came out and punched us right in the mouth,” VanVleet said.

Playing for the third time in four nights, Toronto shot 2 for 11 from 3-point range in the first, then went 3 for 15 from distance in the second. The Jazz led 62-49 at halftime.

A 3 by Hughes gave Utah an 84-70 lead with 4:43 to go in the third, but VanVleet responded with a 15-0 run, giving Toronto its first lead since the opening basket of the game. VanVleet capped the quarter with a long 3 as Toronto took a 94-92 lead to the fourth.

VanVleet wore three different pairs of shoes during the game, settling on a white pair for the second half.

“It took me three pairs, but I figured it out,” he said.

“I was texting him,” VanVleet said. “We had a good back-and-forth. Shout-out to Kyle. I got to learn from one of the best at getting triple-doubles.”

VanVleet’s 24-point third is the second-highest scoring quarter in Raptors history. Siakam had 25 points in the first quarter of a Jan. 26, 2020, win at San Antonio. 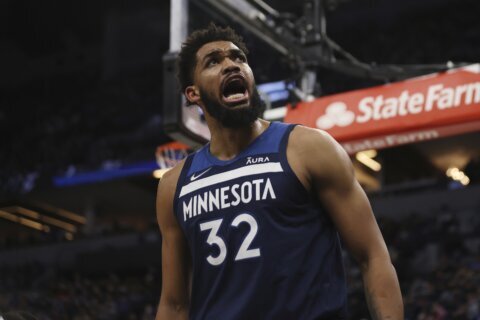 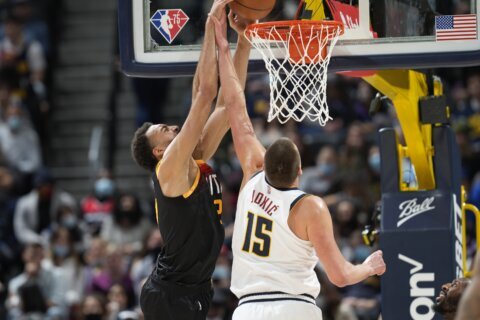 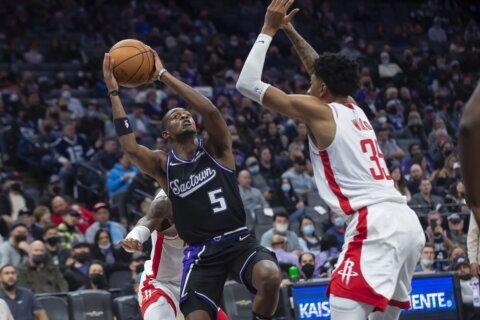