NEW ORLEANS (AP) — Zion Williamson scored 23 points on an array of power moves, spinning dribbles and even a 3-pointer, and the New Orleans Pelicans beat the Los Angeles Clippers 120-103 on Monday night.

“We were very unselfish tonight. The ball got a lot of movement,” Williamson said. “A lot of people created with or without the ball. So, I think mostly the ball movement and the collective (effort) on defense got us the W.”

“We know these last 11 games, we’ve got to win every one,” Ball said. “Our defense has to be good for us to stay in every game.”

“We just didn’t bring it, we were flat tonight,” said George, who noted that he hurt his ankle during his nearly 25 minutes on the court. “We were out of sync. And give them credit. … They played a great game tonight, defensively and offensively. They were hot.”

George said his ankle is “sore right now, but (the next game) is two days away. … I should be good.”

Terance Mann scored 17 points and DeMarcus Cousins added 16 points, 11 rebounds and two blocked shots for the Clippers, who were without Kawhi Leonard (foot) for a fourth straight game.

Cousins, who earlier Monday signed with the Clippers through the rest of the season, said coach Tyronn Lue “has done a great job incorporating me and my talents and making me feel a part of this.”

“I’m just going in trying to play my part to help with whatever I can,” Cousins said.

New Orleans led by double digits for nearly the entire second half and by as many as 25. The Clippers briefly got as close as nine when Marcus Morris Sr.’s jumper made it 70-61. But Williamson responded soon after with a short turnaround hook and his 3, and Brandon Ingram added a 3 as part of his 11 points in the period as New Orleans again pulled away.

“I really liked that,” Van Gundy said. “I thought that helped us a great deal.”

“He was tremendous,” Van Gundy said of Hernangomez. “He has done a great job of staying ready.”

Trailing 9-2 out of the gate, the Pelicans seized momentum with a 27-4 run that began with Williamson hitting two free throws and following that up with a layup as he was fouled for three more points. Williamson added a put-back during the spurt, which also included a pair of 3s by Naji Marshall.

New Orleans’ lead grew to 17 when Williamson hit a driving layup and jumper to make it 33-16 late in the opening quarter.

The Clippers chipped away in the second quarter, when Cousins scored eight of his points, and got as close as six points on George’s 15-foot turnaround jumper before New Orleans rebuilt its lead to 62-48 on Bledsoe’s floater as he was fouled just before halftime.

While the Pelicans’ previous five losses have hurt their postseason chances, none of those setbacks have come by more than 10 points, two came in overtime and two came by just two points.

“It’s a high-character group that’s been really resilient,” Van Gundy said. “We’ve been through a really tough few weeks … where you’re right there and playing well and coming away with nothing.

“That’s when you worry about teams. Are they just going to give in at some point? And we haven’t,” the coach continued. “So I give this group a lot of credit.”

Clippers: Visit Phoenix on Wednesday night to close out their three-game trip. 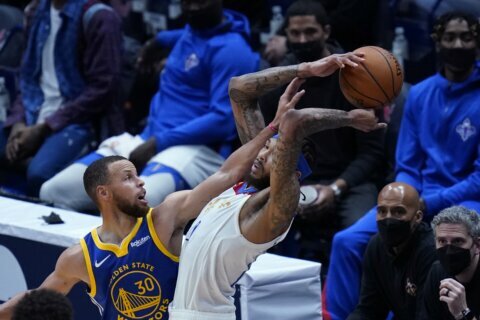 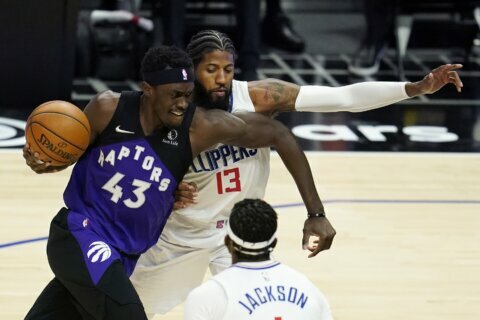 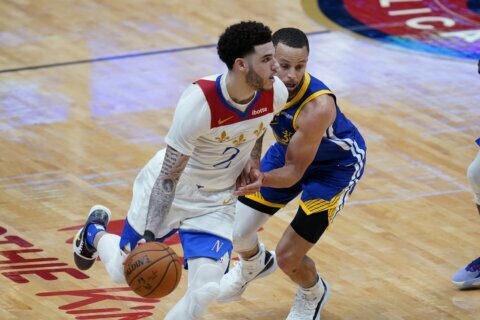