DENVER (AP) — The Denver Nuggets are bringing back center JaVale McGee in a trade with the Cleveland Cavaliers, according to a person with knowledge of the deal.

The Nuggets will send power forward/center Isaiah Hartenstein to the Cavaliers along with a protected second-round pick in 2023 and another second-rounder in ’27. The person spoke to The Associated Press on condition of anonymity Thursday because the deal had not been announced.

It’s the second time the Nuggets have acquired McGee in a trade-deadline deal. They also picked him up from the Washington Wizards as part of a three-team exchange in 2012.

The 33-year-old McGee averaged eight points and 5.2 rebounds in 15.2 minutes per game for the Cavs this season. In Denver, McGee will be a backup to All-Star big man Nikola Jokic, who’s inserted himself into the MVP conversation by averaging almost a triple-double (27 points, 11.5 rebounds, 8.5 assists).

This may be the start of a busy trade-deadline day for the Nuggets, who made it to the Western Conference final inside the NBA bubble last season before being eliminated by the champion Los Angeles Lakers. The Nuggets are 26-18 and fifth place in the standings.

A three-time NBA champion with Golden State and Los Angeles, McGee brings plenty of playoff experience to the Nuggets.

McGee has been invaluable to the Cavs this season, serving not only as a backup but mentor to the team’s young core. He also was their “hype man,” leading their pregame huddles and often waving to fans as the Cavs took the floor for warmups.

The 7-footer has been a source of energy and optimism for Cleveland, which started well before going into a slide. The Cavs are still hoping to make it into the play-in.

With trade talks picking up, the team chose to rest McGee on Wednesday night in Cleveland’s win at Chicago.

Hartenstein was brought in as a free agent by the Nuggets in November. He averaged 3.5 points and 2.8 rebounds this season in 9.1 minutes per game.

One of his biggest moments in a Denver uniform may have been in Cleveland last month — and involved McGee.

Hartenstein came to the defense of Michael Porter Jr. after McGee committed a hard, flagrant foul on the Denver forward. Hartenstein shoved McGee, and although he scored just two points, his gesture meant much more to his coaches and teammates.

“I love the fact that Isaiah had Michael’s back,” Nuggets coach Michael Malone said. “I told the whole team, ‘Someone should pay Isaiah Hartenstein’s technical (foul fine), that shouldn’t come out of his pocket.’ Someone else should pay that because that was a big-time play by him.”

Just 22, Hartenstein joins one of the league’s youngest teams in Cleveland. The Cavs are in the midst of a major rebuild, and while he’s probably never going to be a starter for them, Hartenstein will serve as a backup for Jarrett Allen and play minutes that would go to Kevin Love, who remains sidelined with a severe calf strain.

Allen came over from Brooklyn this season in the James Harden deal and has quickly shown he can be the Cavs’ center for years to come. His arrival sent Drummond to the bench and will eventually land him on another team either via trade or a buyout.

Moving McGee might not be the last trade for the Cavs. Center Andre Drummond, who hasn’t played since he mid-February, has also drawn interest from teams looking for a big man, and forwards Cedi Osman and Taurean Prince could find themselves elsewhere. 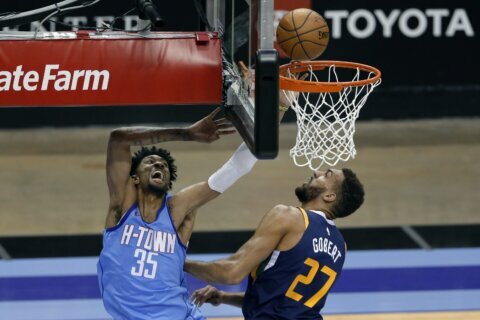 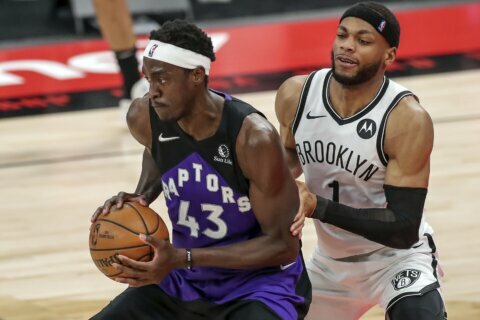 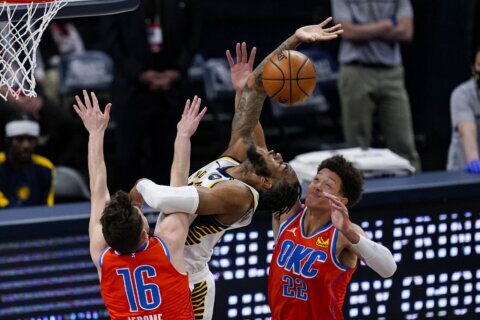