John Amaechi still has plenty to teach the sports world

ALEXANDRIA, Va. — The sports world is full of lazy narratives.

So it’s fitting that former NBA player John Amaechi, whose professional sports career defied convention in many ways, is spending his post-playing days helping people break down the kinds of assumptions that lead to those faulty conclusions.

There is a tendency, especially in Washington, to view many people through the prism of their job, something even more pronounced when it comes to professional athletes. Considering the years of practice required to refine their skill enough to reach the upper echelons of the sport, it can be an easy crutch to look at them as just athletes, with any other aspect of their personality ancillary at best to who they really are.

To say that Amaechi isn’t your average former NBA player isn’t simply an understatement — it’s almost entirely beside the point. He’s English. He’s gay. In a 2007 article for ESPN the Magazine, Dan LeBetard called Amaechi the smartest athlete he’s known “in two decades of journalism.” Amaechi turned down a $17 million contract with the Los Angeles Lakers in 2000, in their heyday, to play for $600,000 for the Orlando Magic, because they were the team that discovered him playing in Europe and gave him a second chance in the NBA. But perhaps the biggest difference is that, from a young age, he always wanted to be a psychologist — basketball was just a temporary detour.

“I try to do as little as possible with sports. I find it a bit soul-destroying, mostly, because it’s so antediluvian, for the most part,” Amaechi told WTOP after a recent talk at RedPeg Marketing in Alexandria.

“Sports are deeply anecdotal. They love to use anecdotes as evidence, and anecdotes aren’t evidence. Just because something has worked in the past a certain way doesn’t mean it will work that way in the future, unless there is a real theory of change.”

That certainly sounds like the approach of a psychologist, rather than a prototypical athlete. Amaechi rejects many of the trappings that sports fans would associate with their games of choice.

“Fans are interesting, because they are peripheral,” he said. “It’s a terribly narcissistic person that believes that their voice is a component in the performance of a stranger, but that’s what fans do. I get it. I understand why they do it … The guy chomping on a hot dog and swilling beer behind the bench is not actually causing the free throw to miss. Because we’ve done this before.”

One of Amaechi’s lessons for organizations involves understanding the difference between a group and a team. A group is simply a collection of individuals, while a team actually lifts each other up and improves everyone’s performance. And while conventional wisdom might say that diverse team is better than one that isn’t, the answer isn’t that simple.

With better management, a diverse team can generate greater results. But diversity can actually create more frustration than homogeneity. If only certain people get to speak, animosity can build. So a diverse team actually requires better management than a non-diverse one. A failure to do so creates what Amaechi calls a dysfunctional diverse team. And it’s hard to think of a better example than American professional sports franchises.

“These are broken organizations, deeply homogeneous in their thinking, and also traditional in every bad way that traditional is possible,” he said. “Players are cattle, in many of these institutions, to literally be traded, bartered with, damaged and discarded for no care to what happens to them after they’re in it. I would doubt very much whether you could characterize anything outside of the actual units of players as actual teams. I don’t think anything about the management of the NFL, for example, whether it be the overall, overarching management, or the individual teams, for the most part, can be considered part of the mix of a team.”

Amaechi also rejects the tenuous affirmations that extend to the larger questions of the value of sports in molding young men.

“The evidence that sports teaches these kinds of lessons are equivocal at best,” he said, suggesting that the most we could say is that it’s possible that they do so. “But we don’t normally do stuff on the basis of could be, couldn’t be. ‘This pill could either make you well, or kill you.’ You usually don’t take that pill, and you certainly don’t start touting its benefits.”

He doesn’t buy into the idea that football has any inherent qualities that create better leaders or more responsible men, or any of the other tropes that proponents of the sport tout.

“Make no bones about it — football is no more powerful at changing a young person’s life than Zumba, which is no more powerful than chess club,” said Amaechi. “Because the component that is important in all of that is the relationship that person has with the coach or teacher.”

He credits his high school coach Ed Heintschel, who is still coaching today, with providing that relationship in his own development, as a fundamental building block of who he is today. And it’s not like Amaechi avoids sports entirely these days. He’s spoken to the NHL, is still an NBA ambassador, and works with other organizations on the mental health aspects of sports.

“I’m happy to do it. I don’t hate sport, as a whole thing,” he said. “Everything my organization does is based on a theory of change. We do things because the science tells us that taking these steps is likely to lead to a set of specific outcomes.”

One of Amaechi’s favorite sayings is that “people make choices, choices make culture.” It would behoove the power players in the sports world to listen and think about what that means for their organizations now, and especially in the future. 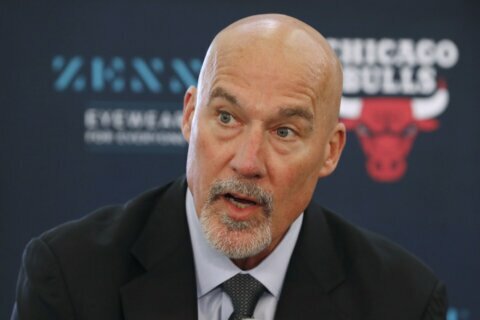 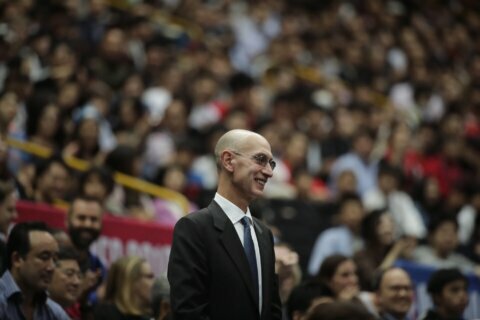 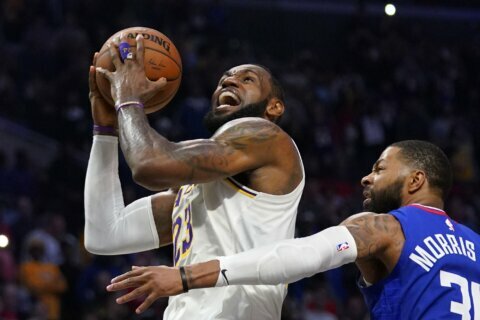 LeBron: Closure not likely unless Lakers can finish season