Arthur Ravenel, the former congressman and state lawmaker who helped build the Republican Party in South Carolina and get money for the graceful bridge that dominates the Charleston skyline and bears his name, has died. He was 95.
Listen now to WTOP News WTOP.com | Alexa | Google Home | WTOP App | 103.5 FM

CHARLESTON, S.C. (AP) — Arthur Ravenel, the former congressman and state lawmaker who helped build the Republican Party in South Carolina and get money for the graceful bridge that dominates the Charleston skyline and bears his name, has died. He was 95.

His family announced in a short statement that he died Monday. The statement did not give a cause.

Ravenel spent six decades in public service, elected to the state Senate, the state House and Congress. He also ran for governor and, late in life after retiring from the Senate, returned to public service as a member of the Charleston County School Board.

The $632 million bridge over the Cooper River connecting Charleston to Mount Pleasant is named in his honor, a thank you for the years he spent in Washington trying to get money for an iconic span that would fit the charming city where he spent most of his life.

Known to political friends and foes alike as Cousin Arthur, Ravenel’s ancestors fought for the Confederacy, and during the heated debate over removing the Confederate flag from the Statehouse dome in 2000, he once referred to the NAACP as the “National Association for Retarded People,” bringing calls for his resignation.

He later voted to remove the flag from the dome and place a similar one at the Confederate Soldier Monument on Statehouse grounds. Ravenel defended his actions by saying he didn’t have a racist bone in his body, and African American colleagues said he was willing at times to help get their bills passed.

Ravenel recalled in a 2004 interview with The Associated Press that he was first elected to the House in 1952 as a Democrat when there were virtually no Republicans in the state.

“You just heard about Republicans,” he quipped. “Sherman was one.”

Ten years later, Ravenel got involved in the state’s fledgling Republican Party and was a national convention delegate in 1964 when Barry Goldwater was nominated for president.

Ravenel was elected to the state Senate as a Republican in 1980.

In 1986, Ravenel was elected to Congress from the coastal 1st Congressional District. He left eight years later to seek the Governor’s Mansion, but lost the GOP runoff to David Beasley, who went on to become governor.

Two years later, Ravenel returned to the state Senate on a platform of creating an infrastructure bank to pay for costly highway projects. The bank was instrumental in helping build the Charleston bridge, which had been discussed for decades but for which money could not be found.

Ravenel, a businessperson and private investor, loved the Senate above his other posts.

“You’re dealing with people with soft Southern voices, and everyone is very polite,” he recalled. “It’s small, and with 46 members, you can get something done.”

Ravenel had six children, including a son, Thomas, who was elected state treasurer in 2006 but resigned the following year after his indictment on drug charges.

The younger Ravenel later pleaded guilty to one count of conspiracy to distribute cocaine and was sentenced to 10 months in federal prison. He has spent his recent years as a star for five seasons on the reality television show “Southern Charm,” which chronicles Charleston socialites.

Bruce Smith, a longtime Associated Press journalist who retired in 2016, was the principal writer of this obituary. AP journalist Jeffrey Collins in Columbia confirmed the news. 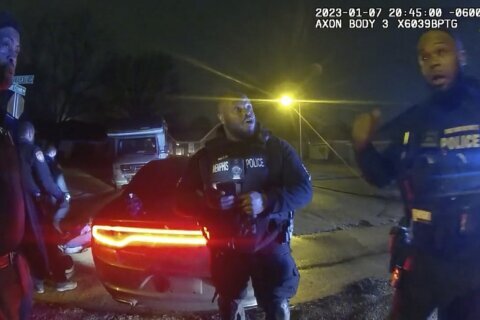