MIAMI (AP) — A former Bolivian interior minister was sentenced to nearly six years in U.S. prison Wednesday for taking at least $532,000 in bribes to help a Florida company win a lucrative contract to sell tear gas to his country’s government.

Arturo Murillo pleaded guilty in October to a single count of conspiracy to commit money laundering following similar guilty pleas entered by his former chief of staff and three men tied to the Florida-based supplier of police and military equipment he tried to favor.

Murillo, 58, was one of the most outspoken voices in the conservative government of then interim President Jeanine Áñez that took power in November 2019 after President Evo Morales stepped down amid violent protests disputing his reelection to a fourth straight term.

He has a long history of far-right provocation. As a congressman, he supported a ban on abortion by once telling women that they should commit suicide by jumping from a five-story building if they wanted to terminate a pregnancy.

As interior minister, he referred to opponents as “narco-terrorists,” brought charges against Morales for sedition and led the deadly police response against protesters that drew rebuke from international human rights groups.

He also bragged about meeting with the CIA when he traveled to Washington to meet with senior officials in the Trump administration who initially viewed Áñez’s ascent as an opportunity to improve relations that turned hostile under Morales.

But the crackdown on Bolivia’s left backfired, and almost a year later, Morales’ ally, Luis Arce, was elected and proceeded to lock up Áñez and other officials tied to her short-lived rule.

According to investigators, Murillo, his chief of staff and another unnamed co-conspirator in the Defense Ministry helped the Taramac, Florida-based Bravo Tactical Solutions company obtain a $5.6 million contract to supply tear gas and non-lethal equipment to the Áñez government.

The company was allegedly owned by Bryan Berkman, a dual Bolivian-American national who purchased the tear gas in Brazil for $3.3 million, according to an affidavit from a Department of Homeland Security agent that accompanies the complaint.

Part of the profits allegedly used to coordinate the bribe payments were paid through bank accounts in Miami, while Murillo received approximately $130,000 in cash payments at a family member’s home in Miami. 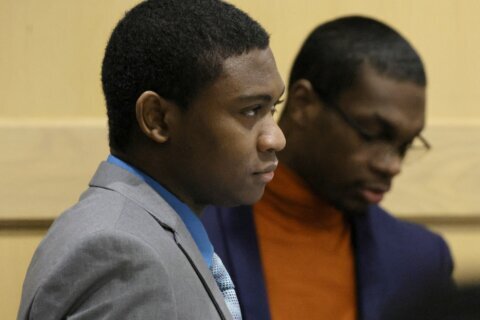