WASHINGTON (AP) — The beating death of notorious gangster James “Whitey” Bulger at the hands of fellow inmates was the result of multiple layers of management failures, widespread incompetence and flawed policies at the Bureau of Prisons, the Justice Department’s inspector general said in a report Wednesday.

At least six bureau workers should be disciplined, the watchdog concluded after the multiyear investigation into how the 89-year-old was killed in his cell hours after the FBI informant arrived at a troubled West Virginia prison.

The inspector general found no evidence of “malicious intent” by any bureau employees, but said a series of bureaucratic blunders left Bulger at the mercy of rival gangsters behind bars. The report did not find evidence of federal criminal violations, focusing instead on prison policies and workings.

Bureau officials tried several times to downgrade Bulger’s medical status in order to move him to other prisons after he caused trouble at a Florida lockup, despite the fact that he used a wheelchair and had serious heart conditions.

News of Bulger’s transfer to West Virginia’s USP Hazelton was shared widely among agency officials and quickly spread among inmates before his arrival. Bureau officials failed to take into account or were unware of Bulger’s notoriety in their handling of his transfer despite his well-known history as an FBI asset.

“In our view, no BOP inmate’s transfer, whether they are a notorious offender or a non-violent offender, should be handled like Bulger’s transfer was in this instance,” the report said.

It’s the latest black eye for the bureau, which has been under increasing scrutiny from Congress and the public after the deaths of several high-profile inmates, including Bulger and wealthy financier Jeffrey Epstein, who died in custody in 2019.

An Associated Press investigation has found myriad crises within the agency, including widespread criminal conduct by employees, rampant allegations of sexual assault and significant staffing shortages that have hampered responses to emergencies.

Since Bulger’s death, prisons officials have improved communications regarding medical transfers and improved training and technology, the agency said in a statement in response to the report. The bureau said it may take more action, but did not comment on whether any employees were disciplined.

Bulger was portrayed by Johnny Depp in the 2015 film “Black Mass” and was the inspiration for Jack Nicholson’s ruthless crime boss in the 2006 movie “The Departed.” Bulger led a largely Irish mob that ran loan-sharking, gambling and drug rackets. He served as an FBI informant who provided information on the New England mob in an era when bringing down organized crime was a top national priority for the FBI.

He fled Boston in late 1994 after his FBI handler warned him he was about to be indicted and spent 16 years as one of America’s most wanted figures before he was captured at age 81 in Santa Monica, California. He was convicted in 2013 in 11 slayings, as well as extortion, and money laundering.

Bulger’s transfer to Hazelton, where workers had already been sounding the alarm about violence and understaffing, and placement in the general population instead of more protective housing were widely criticized by experts after his killing.

More than 100 Bureau of Prisons officials found out in advance that Bulger would be moving to Hazelton, and prison staff openly talked about the transfer in front of inmates, the inspector general’s report said. So many prison employees knew that it was impossible for the inspector general to determine who disclosed it to the inmates, the report said.

Multiple inmates told bureau officials that everyone knew Bulger would be killed, the report said. One inmate said: “He was a rat. What would you think would happen to him?” Another said: “I heard he was a well-known government informant. … Seems he shouldn’t have walked the yard. He wouldn’t have been OK anywhere.”

There was no formal process for deciding which unit to house inmates at Hazelton. One case manager told investigators they “just choose them off the bus normally,” according to the report. In Bulger’s case, a unit manager volunteered to take him, believing his team was best-equipped to handle the high-profile inmate — even though there was at least one other inmate associated with organized crime in that unit.

Bulger’s family accused prison officials in a lawsuit of failing to protect Bulger even though officials knew he was labeled a “snitch.” A judge dismissed that case in January, concluding that federal law precludes the family’s ability to sue over a decision to transfer Bulger.

Hank Brennan, a lawyer for Bulger’s family who also defended Bulger at his trial, called the inspector general’s report an attempt to “absolve numerous government agencies and employees of intentional wrongdoing.”

“They tortured him, abused him, deprived him of any human dignity because they could. And when they were done … they sent him to his death,” Brennan said in an email.

The Justice Department only brought charges in the killing this year, nearly four years later, even though officials had identified suspects right away.

Fotios “Freddy” Geas, a former Mafia hitman, and Paul J. DeCologero, a Massachusetts gangster, are accused of striking Bulger in the head multiple times while a third man, Sean McKinnon, acted as a lookout. An inmate witness told authorities that DeCologero said he and Geas used a belt with a lock attached to it to beat Bulger to death, prosecutors say.

They could face up to life in prison if convicted of conspiracy to commit first-degree murder under a revised indictment filed Wednesday with a heftier potential sentence. They have pleaded not guilty and McKinnon has said denied involvement in the killing.

According to the watchdog’s report, Bulger’s medical and psychological health declined after he was housed alone in single cell in Florida for eight months — disciplined for threatening a nurse — and prison staff struggled to figure out how to get him transferred. Bulger told prison staff “he had lost the will to live,” and that may have been a factor when he insisted that he wanted to be housed with the rest of the inmates in West Virginia rather than in a more protected unit.

Bulger never admitted to working with the FBI, although evidence presented at his trial showed Bulger secretly provided information on a variety of criminals. Court papers made public in his family’s civil case showed that he was interviewed by staff after arriving at Hazelton. An intake screening form signed by Bulger said he answered “no” when asked whether he ever assisted law enforcement agents in any way and if he knew of any reason he should not be placed in the general population. 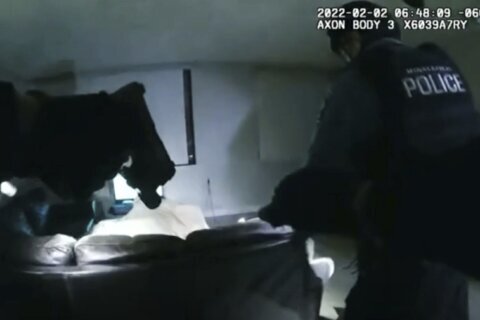