EDWARDSVILLE, Ill. (AP) — A judge found a Missouri man guilty of first-degree murder Thursday in the death of an Illinois officer killed while trying to stop the man from fleeing police.

Caleb Campbell of Florissant, Missouri, was convicted in a bench trial for the Aug. 4, 2021, death of Brooklyn Officer Brian Pierce Jr.

Campbell’s actions created a situation where “anything or anyone” in his path “was going to be obliterated,” but Campbell “simply did not care,” Madison County Associate Judge Neil Schroeder said in announcing his verdict.

Pierce, 24, died while part of a team of officers trying to stop Campbell when the Missouri man allegedly drove over spike strips and struck Pierce on the McKinley Bridge in Venice, Illinois, connecting the two states.

Campbell was taken into custody days after the incident and claimed he had been carjacked in a Brooklyn nightclub parking lot. His car was later found abandoned on the Missouri side of the bridge.

Campbell had a handgun in his car and an active Missouri warrant for his arrest when he fled an attempted traffic stop, prosecutors said.

Campbell “knew if he was stopped … he was going to jail,” Assistant State’s Attorney Lauren Maricle said in her closing argument.

Campbell acted as his own attorney and argued that Pierce’s actions were a contributing factor in his own death. He is scheduled for sentencing on Jan. 23. 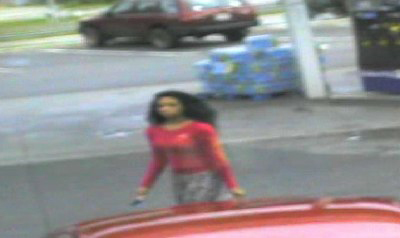