We meet Ryan, now stationed in Rome, as he discovers an underground plot by Russia to invade surrounding countries and recreate the Soviet empire.

The episodes were written three years ago, and production wrapped long before Russia invaded Ukraine.

Filming “Jack Ryan” was delayed when the pandemic forced everything to shut down. Krasinski turned his focus to a weekly homemade newscast called “ Some Good News,” sharing positive stories during a dark time. Like many, he wasn’t focused on diet and exercise while in quarantine.

Kraskinski jokes his “Some Good News” shape was ideal because you never saw him standing up as he was always seated like a newscaster. “You didn’t even see the bottom half of me. That’s where I felt most comfortable,” he said.

When it was time to buckle down, Krasinski said he was motivated by the idea that the show would be a reason for many to finally resume working after months of waiting.

“It was actually a very cleansing thing,” said Krasinski, who is also an executive producer and helps write the episodes. “I took a great responsibility with all these hundreds of people who were brave enough to put their lives on the line to bring back our industry in some small way.

“It was almost like getting into my best possible shape and self, both physically and mentally, to prepare for something that we knew would be much more different and much more harrowing, but hopefully that much more worth it.”

In the new episodes, which begin streaming on Wednesday. Ryan’s attempts to alert the CIA to his discovery about Russia result in the the agency turning on him and issuing a Red Notice calling for his arrest and extradition back to the U.S. to face charges. Ryan’s former boss James Greer (played by Wendell Pierce) assists as much as he can from the inside, and Ryan seeks out his old pal Mike November (Michael Kelly), who left the agency at the end of season two, to help thwart Russia’s plan.

Krasinski and Kelly’s relationship on screen provides some moments of levity, amid all the action and looming catastrophe. Kelly, who is known for serious roles such as “House of Cards,” says it’s a fun departure to have those lighter on-screen moments.

“John will write a lot of those one-liners for me on the day and I’m so grateful I get to have the humor. To get to play something a little closer to myself was such a treat,” said Kelly.

“Jack Ryan” has also made Kelly appreciative of the dedication of those who protect us on a daily basis “from the Navy SEALs all the way to Port Authority police officers.” He says many are fans of the show and like to talk to him about the realities of the job.

“I tell my kids all the time, ‘(When) we pass a police officer, say thank you… You see someone in the armed services. You say thank you.’ Our veterans, they come home and are so underserved in this country. We need to be doing more and we need to be saying thank you more.”

For Pierce, the role has given him a fresh perspective into his own brother who served as a military attache in Belarus.

“I realized there was so much that he did that I did not know about, and he didn’t share with the family. I just wanted to make sure he knew that he could share with me now that he’s out of the military, the impact that it has. It gives me a lot of food for thought. And really the study of human behavior is what acting is all about.”

“Tom Clancy’s Jack Ryan” will conclude with its fourth season, which has already finished filming. Its release date has not yet been announced. 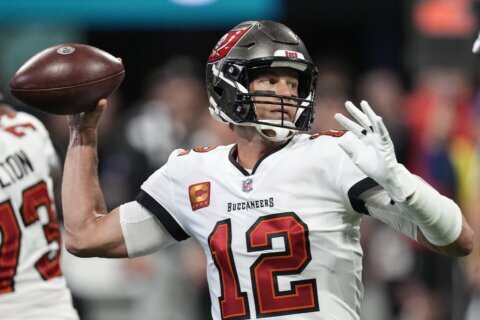 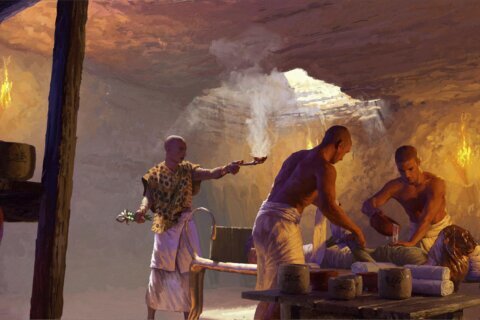