Pelé made scoring look easy, getting the ball into the net in the most varied and beautiful ways — dribbling…
Listen now to WTOP News WTOP.com | Alexa | Google Home | WTOP App | 103.5 FM

Pelé made scoring look easy, getting the ball into the net in the most varied and beautiful ways — dribbling past defenders, firing powerful shots, striking well-placed free kicks or using firm headers. Nearly 1,090 of his goals came with the Brazilian club Santos, and 95 were scored with Brazil’s national team.

Not all of Pelé ’s goals were caught on tape, but there is still plenty of footage of his countless outstanding scores. Pelé also had some spectacular “almost goals” throughout his career, including a shot from behind the midfield line that just missed wide in the 1970 World Cup.

Some of his most memorable goals:

How: Pelé was a teenager and had just started playing for Santos. He found the net just moments after coming into the match in the second half, helping Santos win the friendly match 7-1. Corinthians’ goalkeeper at the time, Zaluar, later created a business card in which he identified himself as “the first goalkeeper to ever concede a goal to Pelé.”

How: The goal known as one of his greatest ever was not caught on tape, but it was digitally recreated for a movie about Pelé based on accounts by players, fans and journalists who were at the historic match at Rua Javari, home to Sao Paulo club Juventus. Pelé received the ball just inside the area and immediately flicked it past the first defender who challenged him. He lobbied the ball over another defender near the penalty spot and, without letting it hit the ground, quickly flicked it over the third defender and over the goalkeeper. With an open net in front of him, he headed the ball home. Juventus later honored Pelé for his goal with a statue and a commemorative plaque at the stadium.

How: Pelé ’s first World Cup goal was a beauty. It happened in the 66th minute of a difficult game against Wales in the tournament’s quarterfinals. With his back turned to the goal, the 17-year-old Pelé controlled the ball with his chest and quickly flicked it toward the goal and past a defender, then fired a right-footed low shot into the corner.

FIRST IN A FINAL

How: Pelé scored six goals in his first World Cup, including twice in the 5-2 victory in the final against the hosts. His first goal gave Brazil a 3-1 lead in the 55th minute, and the second was a header near the final whistle to close the scoring. Pelé ’s first goal was the most impressive — he lobbied the ball over a defender inside the area before striking a firm shot from near the penalty spot.

LAST IN A FINAL

How: Pelé scored his 12th and final World Cup goal with a remarkable header past Italy goalkeeper Enrico Albertosi in front of more than 107,000 people at Azteca Stadium, opening the way for Brazil’s 4-1 victory and a third world title. After a left-flank cross by Rivelino, Pelé jumped high into the air behind an Italian defender and firmly headed the ball into the corner.

How: The milestone goal came from a penalty kick at a packed Maracana Stadium. Pelé was fouled to set up the penalty, then calmly hit a low shot into the right corner in the 78th minute, giving Santos a 2-1 win. Vasco goalkeeper Andrada guessed the side correctly but was not able to make the stop. Pelé ran to pick up the ball inside the goal as reporters and photographers stormed the field to record the moment. The match was stopped for several minutes. Pelé raised the ball as he was carried away from the net and celebrated by going around the field near the crowd. Although it was a home game for Vasco, most of the 65,000 people in the crowd were cheering for Pelé, who dedicated the goal to Brazil’s children.

How: It became known as the Gol de Placa, now a synonym for an outstanding goal, because it receive a commemorative bronze plaque at the Maracana Stadium. It was another one of Pelé ’s goals not caught on tape, but reports from the time said that Pelé crossed nearly the entire length of the field dribbling past his opponents before finding the net to lead Santos to a 3-1 win over Fluminense. The plaque at the Maracana still reads, “On this pitch, on March 5 of 1961, Pelé scored the most beautiful goal in the history of the Maracana.”

How: One of the few bicycle kick goals of Pelé ’s career came in the last match that the New York Cosmos played at Yankee Stadium, an 8-2 thrashing of the Miami Toros. After a right-flank cross into the penalty area, Pelé thrust his body into the air and s truck the ball with his right foot high above the rest of his body, sending a rocket in to the net.

How: Pelé had a stellar performance in the decisive match against Benfica in the Intercontinental Cup, scoring three goals to lead Santos to a 5-2 win and its first club world title. His second goal was the most impressive — he used his body to elude the first defender then burst into the area past two other opponents before firing a left-footed shot into the far corner.

How: It came in his farewell match, a friendly between Santos and the New York Cosmos at the Giants Stadium. Pelé played a half for each team, but it was with Cosmos that he got on the board with a powerful free kick shot just before halftime. It was one of his more than 60 goals in more than 100 games with the Cosmos. 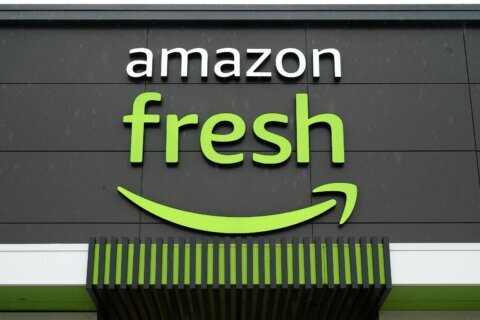