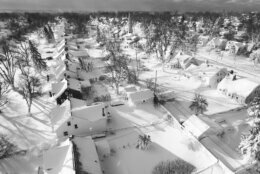 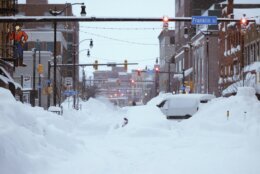 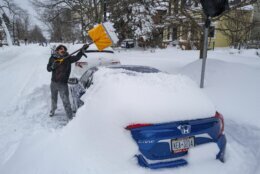 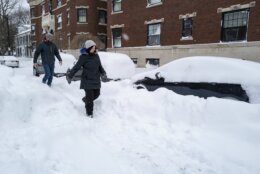 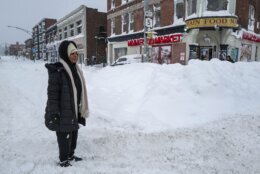 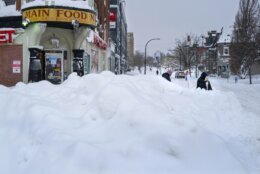 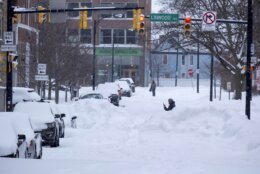 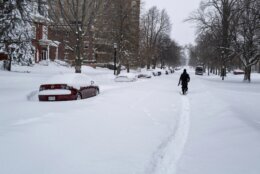 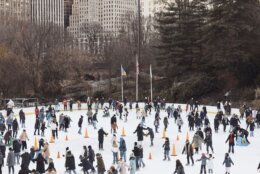 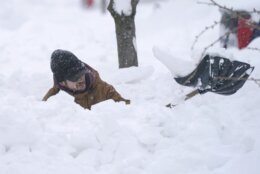 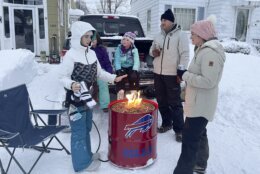 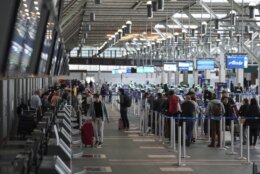 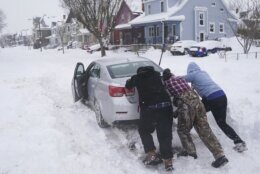 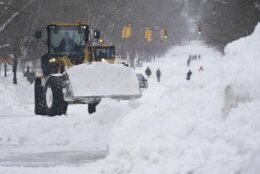 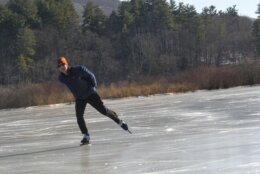 BUFFALO, N.Y. (AP) — Buffalo residents hovered around space heaters, hunted for cars buried in snow drifts and looked for more victims Monday, after 28 people died in one of the worst weather-related disasters ever to hit western New York.

The rest of the United States also was reeling from the ferocious winter storm, with at least another two dozen deaths reported in other parts of the country.

Up to 9 more inches of snow (23 centimeters) could fall in some areas of western New York through Tuesday, the National Weather Service said.

“This is not the end yet,” said Erie County Executive Mark Poloncarz, calling the blizzard “the worst storm probably in our lifetime,” even for an area accustomed to punishing snow.

Some people, he noted, were stranded in their cars for more than two days.

President Joe Biden said his prayers were with the victims’ families, and offered federal assistance Monday to the hard-hit state.

Those who lost their lives around Buffalo were found in cars, homes and snowbanks. Some died while shoveling snow, others when emergency crews could not respond in time to medical crises.

Melissa Carrick, a doula, said the blizzard forced her to coach a pregnant client through childbirth by telephone. An ambulance crew transported the woman to a hospital about 45 minutes south of Buffalo because none of the closer hospitals were reachable.

“In any other normal Buffalo storm? I would just go because that’s what you do – just drive through the snow,” she said. “But you knew this was different.”

Scientists say the climate change crisis may have contributed to the intensity of the storm. That’s because the atmosphere can carry more water vapor, which acts as fuel, said Mark Serreze, director of the National Snow and Ice Data Center at the University of Colorado, Boulder.

Victor Gensini, a meteorology professor at Northern Illinois University, likened a single weather event to an “at-bat” — and the climate as your “batting average.”

“It’s hard to say,” Serreze said. “But are the dice a little bit loaded now? Absolutely.”

The blizzard roared across western New York Friday and Saturday. With many grocery stores in the Buffalo area closed and driving bans in place, some people pleaded on social media for donations of food and diapers.

“It was like looking at a white wall for 14 to 18 hours straight,” Poloncarz, the county official, said.

Relief is coming later this week, as forecasts call for temperatures to slowly rise, said Ashton Robinson Cook, a meteorologist with the National Weather Service.

Cook said the bomb cyclone — when atmospheric pressure drops very quickly in a strong storm — has weakened. It developed near the Great Lakes, stirring up blizzard conditions including heavy winds and snow.

Some 3,410 domestic and international flights were canceled Monday as of about 3 p.m. EDT, according to the tracking site FlightAware. The site said Southwest Airlines had 2,497 cancellations — about 60% of its scheduled flights and about 10 times as many as any other major U.S. carrier.

Southwest said the weather was improving, which would “stabilize and improve our situation.”

Based on FlightAware data, airports all across the U.S. were suffering from cancellations and delays, including Denver, Atlanta, Las Vegas, Seattle, Baltimore and Chicago.

New York Gov. Kathy Hochul toured the aftermath in Buffalo — her hometown — on Monday, calling the blizzard “one for the ages.” Almost every fire truck in the city became stranded Saturday, she said.

Hochul noted the storm came a little over a month after the region was inundated with another “historic” snowfall. Between the two storms, snowfall totals are not far off from the 95.4 inches (242 centimeters) the area normally sees in an entire winter season.

The National Weather Service said the snow total at the Buffalo Niagara International Airport stood at 49.2 inches (1.25 meters) at 10 a.m. Monday. Officials say the airport will be shut through Wednesday morning.

Shahida Muhammad told WKBW that an outage knocked out power to her 1-year-old son’s ventilator. She and the child’s father manually administered breaths from Friday until Sunday when rescuers saw her desperate social media posts and came to their aid. She said her son was doing well despite the ordeal and described him as “a fighter.”

In a makeshift hut in her living room, Trisha LoGrasso was still huddled around a space heater Monday with three of her children and her eldest daughter’s boyfriend. The temperature inside her Buffalo home was 42 degrees (5.5 C). She was without heat because of a gas leak, and burst pipes left her with no running water.

“I’ve lived here my whole life, and this is the worst storm I’ve ever seen,” the 48-year-old said.

Melissa Osmon and her husband James were without power for more than 72 hours in the Buffalo suburb of Williamsville, and would retreat to their car to stay warm for hours at a time.

“We even watched the Buffalo Bills game on our phone,” Osmon said, speaking by phone from her GMC Acadia.

“You can see your breath inside the house,” she said. “That’s how cold it is.”

The storm knocked out power in communities from Maine to Seattle.

Storm-related deaths were reported practically nationwide, including at least eight killed in crashes in Missouri, Kansas and Kentucky. A woman fell through Wisconsin river ice, and there was a fatal fire at a Kansas homeless persons camp.

In Jackson, Mississippi, crews struggled Monday to get water through the capital city’s beleaguered water system, authorities said. Many areas had no water or low water pressure. On Christmas Day, residents were told to boil their drinking water due to water lines bursting in the frigid temperatures.

“The issue has to be significant leaks in the system that we have yet to identify,” the city said in a statement Monday. 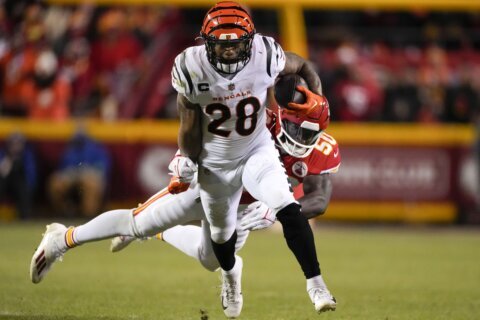 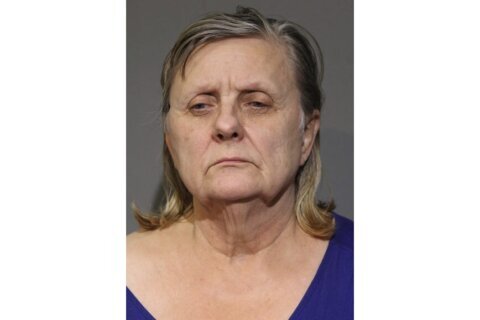