Enrique Chavez entered a plea to one count of abusive sexual contact with a prisoner at the Federal Correctional Institute, Dublin in the San Francisco Bay Area.

Federal prosecutors said Chavez, 50, was a food service foreman there two years ago when he locked the door to the pantry and fondled an inmate.

Chavez could face up to two years in prison and a $250,000 fine when he is sentenced on Feb. 2, according to a statement from the U.S. Department of Justice.

“The public trusts correctional officers to act with integrity, but instead, Chavez used his position of power to sexually abuse an inmate under his supervision,” said a statement from Zachary Shroyer, special agent in charge of the Department of Justice Office of the Inspector General in Los Angeles.

Chavez was the fifth employee at the Dublin prison to be charged with sexual abuse of inmates since June 2021. Others include the prison’s former warden and a chaplain. He is the third to have pleaded guilty.

The former chaplain, James Theodore Highhouse, was sentenced in August to seven years in prison — more than double the recommended punishment in federal sentencing guidelines.

Ross Klinger, a recycling technician, pleaded guilty in February but has yet to be sentenced.

The former warden, Ray J. Garcia, has pleaded not guilty to abusing three women. He is scheduled to go on trial in November.

Earlier this year, an Associated Press investigation revealed years of sexual misconduct at FCI Dublin. The AP also detailed steps that were taken to keep abuse secret, such as ignoring allegations, retaliating against whistleblowers and sending prisoners to solitary confinement or other prisons for reporting abuse.

The Justice Department and the Bureau of Prisons convened a task force of 18 senior executives to visit Dublin, examine conditions and meet with inmates and staff members. 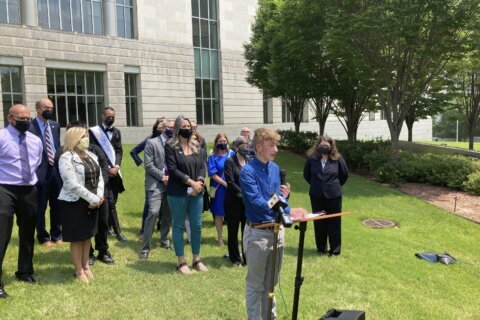