Texas man gets life in prison without parole for killing cop

DALLAS (AP) — A man was sentenced automatically to life in prison without parole after a jury convicted him of…
Listen now to WTOP News WTOP.com | Alexa | Google Home | WTOP App | 103.5 FM

DALLAS (AP) — A man was sentenced automatically to life in prison without parole after a jury convicted him of capital murder Wednesday in the 2021 shooting death of a Dallas-area police officer.

A Dallas County jury deliberated a little over an hour before finding Jaime Jaramillo, 38, guilty in the shooting death last Dec. 3 of Officer Richard Houston outside a Mesquite supermarket.

An arrest warrant affidavit said that Houston, 46, was answering a domestic disturbance report when he arrived at the supermarket parking lot to find Jaramillo, his wife, their daughter and another woman involved in an altercation.

Jaramillo recovered from his wound to face trial in the shooting, for which prosecutors were not seeking the death penalty. Defense attorneys tried to show that Jaramillo did not realize that Houston was a police officer, which would render the murder a non-capital crime and eligible for parole. Police video showed that Houston was in uniform and arrived in a marked patrol car. 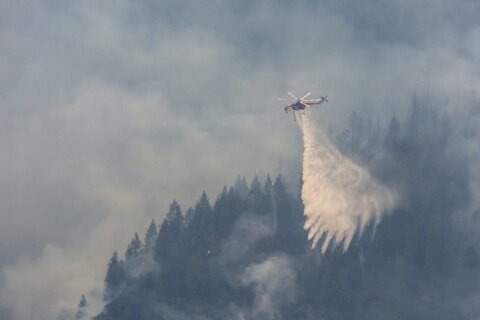