Fulham, Villa win as EPL resumes with tributes to queen

The queen was remembered and honored with touching tributes as the English Premier League resumed after a two-week break -- prompted by the death of the long-serving monarch -- with wins for Fulham and Villa on Friday.
Listen now to WTOP News WTOP.com | Alexa | Google Home | WTOP App | 103.5 FM
(1/6) 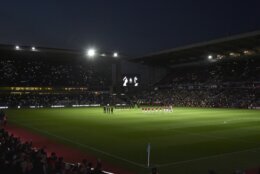 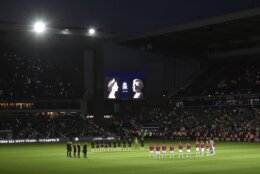 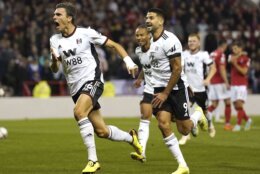 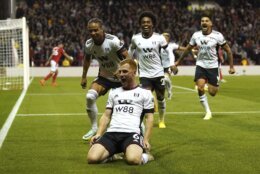 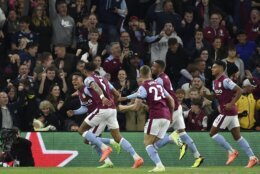 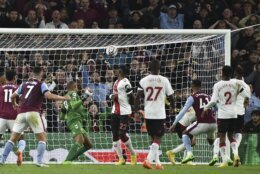 Steve Cooper and Marco Silva, the respective managers of Nottingham Forest and Fulham, carried wreaths as they led their teams out toward the center circle ahead of a pre-match minute’s silence for Queen Elizabeth II at the City Ground.

Over at Villa Park, the lights were dimmed, the middle of the field was illuminated, and tributes to the late monarch were displayed on the screens. Later, a soprano sang “God Save the King” in front of the players of Aston Villa and Southampton.

When the clock reached 70 minutes at both matches, fans stood and applauded in memory of the queen — who died last week after 70 years on the throne. Play even briefly stopped.

The queen was remembered and honored with touching tributes as the English Premier League resumed after a two-week break — prompted by the death of the long-serving monarch — with wins for Fulham and Villa on Friday.

They were the first two of seven matches taking place in this round of the top-flight from Friday-Sunday, with three games called off because of logistical issues and on safety grounds while authorities make preparations for the queen’s funeral on Monday.

The entire round of fixtures was postponed last weekend as a mark of respect.

“We pay tribute to Her Majesty Queen Elizabeth II’s extraordinary life of dedication and duty to the nation and the world,” the league said.

Fulham took its time to get going after its hiatus, then scored three goals in six second-half minutes in a come-from-behind 3-2 victory at Forest in an entertaining match between two promoted teams.

Tosin Adarabioyo, Joao Paulinha and Harrison Reed were the scorers in that rush of goals in the lead-up to the hour mark, and Fulham moved up to sixth place.

“We are happy with how we’ve started but we have to keep going,” Silva said about his team, which was widely predicted to be battling relegation this season.

Forest, which is in next-to-last place, went ahead through Taiwo Awoniyi in the 11th while Lewis O’Brien’s goal in the 77th sparked a tense finish.

“Goals change games and then we couldn’t stop their momentum,” Forest midfielder Ryan Yates said, “and before you know it, the game has gone.”

Jacob Ramsey was Villa’s match-winner with a 41st-minute goal against Southampton, the 1-0 victory further easing the pressure on manager Steven Gerrard after his team’s slow start to the season.

Coming after a battling 1-1 draw with Manchester City two weeks ago, Villa climbed to 13th place after a match that was forgettable after the pre-match tributes to the queen.

“It wasn’t pretty but it feels good,” Villa captain John McGinn said of his team’s performance.

“If I was watching on the television, I would’ve turned it off.”

Gerrard said he was happy to eschew entertainment in search of points.

“It wasn’t pretty or stylish but, with where we were in the league, we knew we had to do it in a pragmatic way,” the former Liverpool captain said. 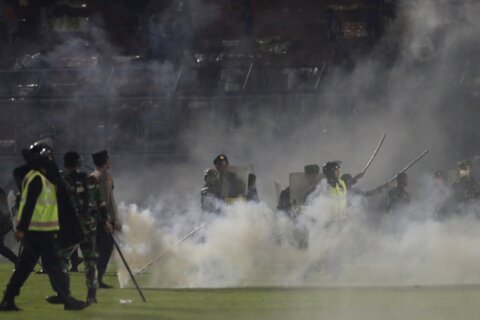