America’s employers slowed their hiring in August in the face of rising interest rates, high inflation and sluggish consumer spending, all of which weakened the outlook for the economy.
Listen now to WTOP News WTOP.com | Alexa | Google Home | WTOP App | 103.5 FM

WASHINGTON (AP) — America’s employers added a healthy number of jobs last month, yet slowed their hiring enough to potentially help the Federal Reserve in its fight to reduce raging inflation.

The economy gained 315,000 jobs in August, a still-solid figure that pointed to an economy that remains resilient despite rising interest rates, high inflation and sluggish consumer spending. Friday’s report from the government also showed that the unemployment rate rose to 3.7%, up from a half-century low of 3.5%. Yet that increase was also an encouraging sign: It reflected a long-awaited rise in the number of Americans who are looking for work.

“It’s a very positive report and still holds open the possibility for a soft landing,” said Ellen Gaske, an economist at PGIM Fixed Income, referring to the Fed’s goal of slowing the economy enough to cool inflation without going so far as to cause a recession.

Prices are rising at nearly the fastest pace in 40 years, which has handed congressional Republicans a hammer to use against Democrats in the fall congressional elections. Texas Republican Rep. Kevin Brady noted Friday that rising wages aren’t keeping up with inflation, leaving Americans with “shrinking paychecks.”

The White House has pushed back, claiming credit for what it calls evidence that the economy remains on firm footing.

“Jobs are up, wages are up, people are back to work and we’re seeing some signs that inflation may be, may be … beginning to ease,” President Joe Biden said Friday.

Inflation did fall to an 8.5% annual rate in July from 9.1% in June, mostly as gas prices steadily dropped. Prices at the pump fell to $3.81 a gallon Friday from a peak of $5.02 in mid-June. But inflation has declined in the past only to jump higher again, and few economists are willing to declare yet that it has peaked.

The August hiring gain was down from 526,000 jobs that were added in July, and it fell below the average increase of the previous three months. Wage growth weakened a bit last month, too, which could also serve the Fed’s inflation fight. Average hourly pay rose 0.3% from the previous month, the smallest gain since April. Businesses typically pass the cost of higher wages on to their customers through higher prices, thereby fueling inflation.

Gaske suggested that the figures could allow the Fed to raise its benchmark short-term interest rate by a half-percentage point at its next meeting later this month, rather than by three-quarters of a point, as many Wall Street traders and some economists have expected. Either size increase would exceed the Fed’s typical hike of a quarter of a percentage point. When the Fed increases its rate, it leads over time to higher rates on mortgages, auto loans and business borrowing and can weaken the economy.

The Fed is rapidly raising rates to try to cool the economy and reduce inflation. Some economists fear, though, that the Fed is tightening credit so aggressively that it will eventually tip the economy into recession.

Some companies, particularly in technology, have announced layoffs in recent months. On Wednesday, Snap, the parent company of the social media platform Snapchat, said it would cut 20% of its staff. The fitness equipment maker Peloton, the stock trading app Robinhood and the online furniture Wayfair have also said they are laying off workers. Bed, Bath & Beyond says it will close 150 stores and slash its workforce by 20%.

Yet with unemployment still very low and many businesses desperate to find workers, people who have been laid off are still finding plentiful opportunities elsewhere. One eager employer is TruBlue Total House Care, which does home renovations and repairs, with a focus on making homes safer for senior citizens.

Sean Fitzgerald, president of TruBlue, based in Cincinnati, said all its 87 locations have posted job openings. The number of people applying has risen recently, he said — a welcome sign for a company that has been short-staffed since soon after COVID-19 struck in the spring of 2020.

“We have far more demand than we do employees,” Fitzgerald said. “Our biggest hurdle continues to be getting enough qualified employees hired.”

To help retain its workers, TruBlue in some cases is lending company vehicles to employees and paying for gas.

Fitzgerald said a slowdown in home building, one consequence of the Fed’s rate hikes, has likely cost some construction workers their jobs, making it a bit easier for his company to hire.

Becky Frankiewicz, president of the staffing firm Manpower Group North America, said that laid-off workers, particularly in technology, are being quickly rehired. Software development, she said, is the second-most in-demand skill, behind nursing. The job market is the “eye of the economic hurricane,” she said, with hiring resilient despite the turmoil created by weaker growth and high inflation.

But Frankiewicz said she is starting to see some early signs that employers are dialing back: Job postings at Manpower were down 6% in August from a month ago. Wage growth has also started to plateau.

Mathieu Stevenson, CEO of Snagajob, an hourly hiring platform, said his firm has also seen a small decline in job postings, though hiring is still strong. Some employers, after being short-staffed for so long, appear to have figured out how to get by with fewer workers, he said — a trend that could slow future job gains.

“People are less panicked by the understaffing, because they’ve just gotten so accustomed to operating with it,” Stevenson said. “And so they’re much less aggressive about how hard they’re trying to hire.”

Recent data has painted a somewhat conflicting picture of the economy. The broadest measure of the economy’s output — gross domestic product — has shrunk for two straight quarters, meeting one informal definition of a recession. Yet another measure, focused on incomes, indicates the economy expanded in the first half of the year, albeit slowly.

Fed Chair Jerome Powell, in a high-profile speech last week, made clear that the central bank was prepared to continue raising short-term interest rates and to keep them elevated to keep fighting inflation. Powell warned that the Fed’s inflation fight would likely cause pain for Americans in the form of a weaker economy and job losses.

The Fed chair also said the job market was “clearly out of balance,” with demand for workers “substantially exceeding” the available supply. Friday’s jobs figures and a report earlier this week that showed the number of job openings rose in July suggest that the Fed’s rate hikes so far haven’t restored much balance.

There are roughly two advertised job openings for every unemployed worker. 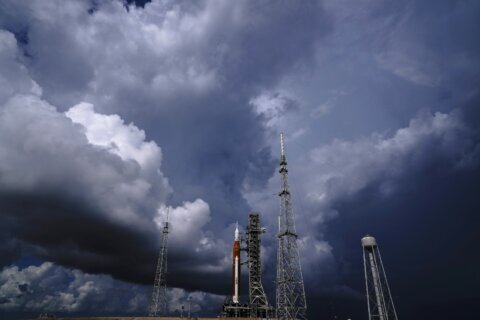 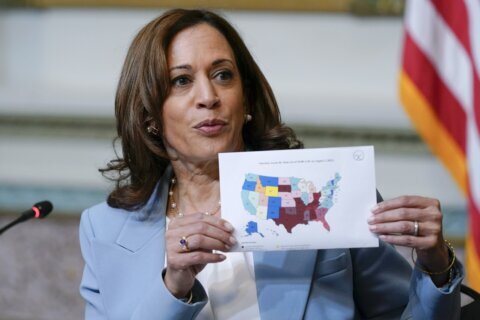