INDIANAPOLIS (AP) — Police have changed their description of the crash that killed Indiana Republican U.S. Rep. Jackie Walorski, saying Thursday that it was the SUV in which she was a passenger that crossed a state highway’s centerline and caused the head-on collision.

Walorski and two members of her congressional staff died in the Wednesday afternoon crash in northern Indiana, along with the woman driving the other vehicle, the Elkhart County Sheriff’s Office said.

The department’s initial account was that the car driven by Edith Schmucker, 56, Nappanee, Indiana, crossed into the SUV’s path, but the office released a statement Thursday saying investigators had talked with witnesses and viewed video evidence that their preliminary determination of which direction the vehicles were traveling was incorrect.

Investigators determined that the SUV driven by Zachery Potts, 27, of Mishawaka, Indiana, crossed the centerline for unknown reasons in a rural area near the town of Wakarusa. Potts was Walorski’s district director and the Republican chairman for northern Indiana’s St. Joseph County. Also killed was Emma Thomson, 28, of Washington, D.C., who was Walorski’s communications director.

Walorski, 58, was first elected to represent northern Indiana’s 2nd Congressional District in 2012 and was seeking reelection this year to a sixth term in the solidly Republican district. Walorski was a reliable Republican vote in Congress, including against accepting the Arizona and Pennsylvania electoral votes for President Joe Biden following the Capitol insurrection.

Under Indiana law, it will be up to local Republican officials to pick a candidate to replace Walorski on the election ballot. Republican Gov. Eric Holcomb has the authority to schedule a special election to fill the remainder of Walorski’s current term, which ends this year.

The governor’s office and the state Republican Party both said Thursday it was too soon to say when those decisions would be made, as tributes to Walorski’s public service continued.

The U.S. Senate chaplain included her, Thomson and Potts in the chamber’s opening prayer, and Senate Republican leader Mitch McConnell praised all three in his opening remarks. He acknowledged “how great a hole Jackie and her team are leaving behind” at the Capitol.

In Indianapolis, members of the Indiana House, where Walorski served for six years before running for Congress, bowed their heads Thursday while Republican Rep. Timothy Wesco said a prayer for Walorski.

Wesco, who took over Walorski’s legislative district, called Walorski a “mentor” who was “passionate in everything that she did.”

“Her faith was central to her as a person, and her faith is what gives us hope today,” Wesco said. “None of us are guaranteed tomorrow.”

Indiana’s last special election for a congressional seat was in 2010, when Republican Rep. Mark Souder resigned soon after winning the May primary. Then-Gov. Mitch Daniels decided to hold the special election at the same time as the November general election for the full two-year term, citing the potential cost of a separate election and convenience for voters.

“She wore her values and her conviction on that on her sleeve,” Young said. “Unlike so many people in public life, she wasn’t really guarded about who she was and why she believed different things.” 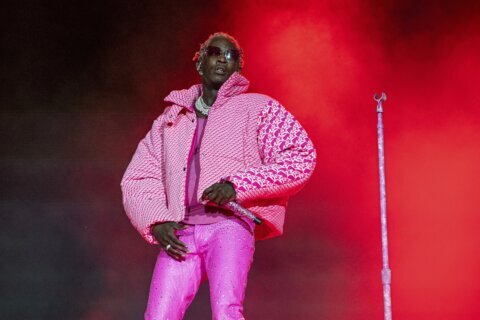