Indiana man gets life in killing of girlfriend, 3 kids

FORT WAYNE, Ind. (AP) — An Indiana man convicted of killing his girlfriend and her three young children was sentenced Friday to four life sentences without the possibility of parole.

The sentence imposed by Allen County Superior Court Judge Fran Gull came about three months after a jury found Cohen Hancz-Barron, 22, of Fort Wayne, guilty of four counts of first-degree murder. The jury, at the request of prosecutors, had recommended a sentence of life without parole.

“I can recall no circumstance this court has witnessed that was as horrific as this crime,” Gull said.

Hancz-Barron chose not to attend the hearing, The (Fort Wayne) Journal Gazette reported.

All four died of stab wounds, and the mother was also strangled, the Allen County coroner said. A motive remains unclear. 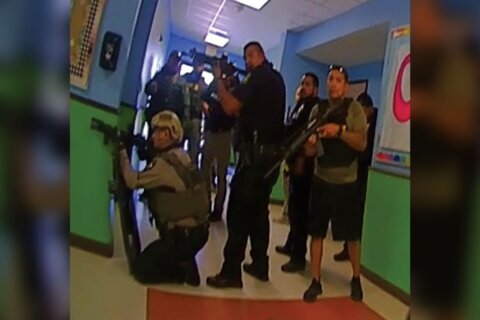