DALLAS (AP) — A former Dallas-area mayor and a developer were sentenced Thursday to six years each in federal prison for bribery and tax fraud in a public corruption case that could have formed the plot of a movie.

From May 2013 to April 2015, developer Mark Jordan plied then-Richardson Mayor Laura Maczka with money, home renovations, luxury hotel stays, airfares and even a job at one of his companies while she helped him with zoning requests for his apartment projects, according to prosecutors. Eventually, in 2017, the pair married, after Maczka had an affair with Jordan and divorced her husband.

She is now known as Laura Jordan.

U.S. District Judge Amos Mazzant also fined the Jordans $100,000 each at the hearing in federal court in Sherman, about 60 miles (95 kilometers) north of Dallas, prosecutors said in a news release. The pair, who were first indicted in 2018, had each faced up to 26 years in prison.

A jury convicted the pair last year of bribery, tax fraud and conspiracy charges after a trial in which prosecutors presented witnesses and evidence showing Laura Jordan repeatedly voted for controversial zoning changes sought by her now-husband, ultimately allowing the construction of over 1,000 new apartments

Mazzant said Thursday that theirs was not a love story but a corrupt bargain.

The pair had been convicted once before, in March 2019. Mazzant ordered a new trial after determining that a court security officer’s conversation with a juror anxious over being the lone holdout on a verdict could have been prejudicial.

Mazzant ordered the pair to report Oct. 24 to begin serving their prison sentences. 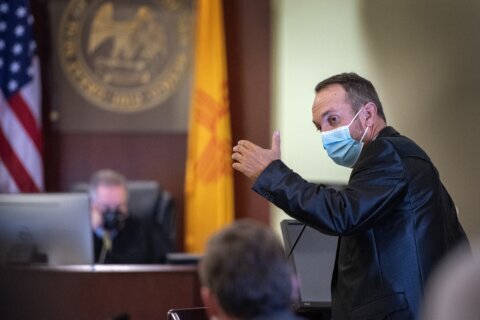