Pennsylvania cannot keep a cache of weapons seized from the parents of a gunman who killed one state trooper and…
Listen now to WTOP News WTOP.com | Alexa | Google Home | WTOP App | 103.5 FM

Pennsylvania cannot keep a cache of weapons seized from the parents of a gunman who killed one state trooper and permanently disabled another eight years ago, a federal appeals court ruled Tuesday.

The parents of Eric Frein sued after authorities refused to return 25 rifles, 19 pistols and two shotguns that were taken from their home in September 2014, days after Frein ambushed the troopers outside a state police barracks in the Pocono Mountains.

Eugene Michael Frein and Deborah Frein were not charged in their son’s crime — for which he was convicted and sentenced to death — and none of their weapons were used in his deadly late-night assault.

The Pike County district attorney, who was named as a defendant in the parents’ suit, had argued that authorities had the right to hold the seized weapons, saying they might be needed as evidence during Eric Frein’s state and federal appeals.

The Philadelphia-based 3rd U.S. Circuit Court of Appeals disagreed, saying in its ruling Tuesday that state authorities never used Michael and Deborah’s guns as evidence at their son’s trial and violated the parents’ constitutional rights by holding onto them indefinitely.

“It’s really the government being vindictive,” Parkins said in a telephone interview. The Freins, he said, were “punished for being the parents of Eric Frein.”

State police declined to comment on the ruling, which overturned a lower court decision to dismiss the parents’ lawsuit. A message was sent to the district attorney seeking comment.

“The police understandably seized the parents’ guns in 2014 while a killer was still at large. But he has long since been captured and convicted, and his conviction has been affirmed,” the panel wrote in its decision. “The judicial warrant does not authorize keeping the guns past this point.”

The state would have to get another warrant to justify keeping the parents’ property, which the district attorney’s office conceded was unlikely because of a lack of probable cause, the court said.

Prosecutors have said Eric Frein was hoping to start an uprising against the government when he opened fire with a rifle on the Blooming Grove barracks. Cpl. Bryon Dickson II, a Marine veteran and married father of two, was killed in the late-night ambush, and Trooper Alex Douglass was left with devastating injuries.

Frein was captured after a 48-day manhunt. He was convicted and sentenced to death, though Pennsylvania has a moratorium on executions. 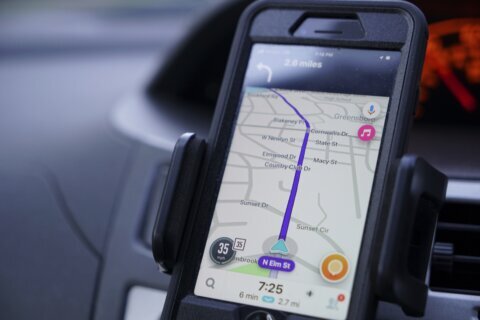