Pete Seeger gets own stamp; ceremony planned at Newport Folk

NEWPORT, R.I. (AP) — Pete Seeger, the banjo-playing folk singer whose music was indelibly intertwined with his social activism, was honored Thursday as the latest American musician to appear on a U.S. postage stamp.

The forever stamp, which features a color-tinted, black-and-white photograph taken in the early 1960s showing Seeger in profile singing and playing his five-string banjo, went on sale at post offices nationwide, according to a U.S. Postal Service spokesperson.

A special ceremony was planned for the evening in Newport, Rhode Island, the site of the Newport Folk Festival, where Seeger was a performer and for a time a member of the board. This year’s three-day festival starts Friday.

“It is an honor to see a photo of my father I’d taken some 60 years ago become this wonderful forever stamp,” his son, Dan Seeger, said in a statement. “My dad did most of his correspondence by hand — written letters — and I can imagine him smiling and of course appreciating this great honor because he relied on the U.S. Mail with its simplicity and honesty, knowing that thoughts and ideas can go from the sender over a tremendous expanse to a single receiver and get delivered.”

Seeger, a Harvard dropout who died in 2014 at age 94, wrote or co-wrote “If I Had a Hammer,” “Turn, Turn, Turn,” and “Where Have All the Flowers Gone.” He is also credited with popularizing “We Shall Overcome,” an anthem of the civil rights movement.

“He was not only a champion of traditional American music, he was also celebrated as a unifying power by promoting a variety of causes, such as civil rights, workers’ rights, social justice, the peace movement and protecting the environment,” said Tom Foti, the postal service’s product solutions vice president.

While Seeger, a lifelong activist, was exiled from commercial air play in the 1950s and 1960s after an appearance before the House Un-American Activities Committee for his Communist affiliations, his career never slowed and he continued to record and tour.

He won multiple Grammy Awards, was inducted into both the Songwriters and Rock and Roll halls of fame, and earned the National Medal of the Arts and the Kennedy Center Honors.

He remained an activist late into his life — walking through the streets of Manhattan leading an Occupy Movement protest in 2011.

The Seeger stamps are sold in panes of 16 resembling a vintage 45 rpm record sleeve, according to the postal service. The stamp and pane were designed by Antonio Alcalá and the photograph was color-tinted by Kristen Monthei. 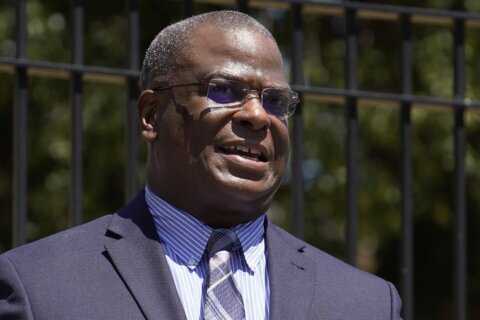