Both sides say the reforms strike at racial inequality in the criminal legal system. On any given day in Wayne County, which includes Detroit, the nation’s Blackest city, nearly three-quarters of those jailed are Black, a proportion much higher than their share of the population.

The agreement requires the court to reform bail practices, including limiting its ability to impose unaffordable bail on defendants. Advocates say it could be a model for court systems nationwide, where race and wealth are significant factors in the administration of justice.

“This is a historic agreement that we believe can and should be a template for how courts around the country can adapt their bail practices to what is lawful, constitutional and sensible,” said Phil Mayor, senior staff attorney for the Michigan ACLU.

Chief Judge William McConico of the 36th District Court said settling the class-action lawsuit, filed in 2019 just before he became the chief, presented an opportunity to show that law enforcement and activists can work together to change the criminal legal system.

“Other African American cities will be able to point to what one of the largest district courts in the country is doing to address this issue,” said McConico, who is Black. “That’s why it is so important that this is starting in a major Black city, that it is not being rolled out in a suburban city or a small court.”

The reforms, shared with The Associated Press exclusively ahead of Tuesday’s announcement, do not bar judges from imposing cash bail, especially if defendants are deemed a flight risk or a danger to the public. However, all Detroit judges and magistrates must say on the record how imposing bail would protect the community or prevent a failure to appear. Judges must also make an on-the-record determination as to how much a defendant can afford to pay.

The parties also agreed that any defendant who is at 200% of the federal poverty level or less is to be assumed unable to post cash bond. According to the 2022 federal guidelines, 200% of the poverty level is annual earnings of roughly $27,000 for an individual and $55,000 for a family of four.

“This should largely eliminate the practice of imposing what may seem to some like small amounts of cash bail, which effectively serve as a jail sentence for somebody who hasn’t yet been convicted of a crime,” Mayor said.

The sides also agreed to new rules stipulating when and what triggers a bail redetermination hearing, if a defendant’s bail has been set but goes unpaid. The hearing would allow for a bail amount to be reduced or withdrawn altogether if it is later deemed unaffordable.

The reforms in Detroit come as some states and local jurisdictions across the U.S. have either rolled back or are considering rollbacks of bail reforms in response to a pandemic-era increase in crime. From San Francisco to New York City and cities in between, rhetoric around the uptick in violence and nuisance crimes has slowed political momentum despite bipartisan agreement that mass incarceration is expensive and has no proven positive effect on public safety.

“We are still moving forward in a very thoughtful way, to say that the presumption of innocence matters, that mass incarceration of pretrial people needs to be reversed, and that racial disparities at the pretrial stage need to be addressed in a very real way,” said Twyla Carter, The Bail Project’s outgoing national legal and policy director.

The ACLU, the NAACP Legal Defense and Educational Fund, The Bail Project and the law firm Covington & Burling LLP sued the chief judge, court magistrates and the Wayne County sheriff in the U.S. District Court for the Eastern District of Michigan in 2019, on behalf of seven Black plaintiffs. The plaintiffs alleged the only reason they remained in jail was because they couldn’t afford bail.

At the time of her incarceration in April 2019, one plaintiff, Starmanie Jackson, an impoverished single mother of 2- and 4-year-old children, had her bail set at $700 over outstanding traffic tickets and a charge alleging domestic violence. Because she could not afford to pay, Jackson, who had never been arrested before, was separated from her children for the first time in their lives.

“I was devastated,” said Jackson, 27. “It was nerve wracking, scary and disappointing, because we depend on our justice system to keep us safe and on track.”

She said her family couldn’t locate her for two days, as jail officials struggled to confirm where she was being held. As a result of her incarceration, Jackson, a certified nurse’s assistant, said she lost a new nursing home job when she didn’t show up for her first shift and was evicted from her apartment after she used her rent money to help pay her bond. The domestic violence charge was ultimately dropped and Jackson never served another day in jail.

The settlement makes for a happy ending to what ended up being a nightmare, said Jackson, now a mother of four children.

“I’m ecstatic because I’m able to help people to overcome some of the difficulties in our justice system, which is already jacked up,” she said.

According to a 2020 report of the Michigan Joint Task Force on Jail and Pretrial Incarceration, between 2016 and 2018, Black men made up 29% of the jail admissions in the counties the task force sampled, even though they were just 6% of the resident population in those counties. Between 2018 and 2019 in Wayne County, Black people represented 70% of those detained in the local jail on any given day, even though they were only 39% of the resident population.

Nationwide, recent studies show Black defendants make up a majority of people in pretrial detention. However, the jail incarceration rate for Black people had been on the decline between 2008 and 2019, according to the latest federal data.

Former U.S. Attorney Gen. Eric Holder, who is senior counsel at Covington & Burling, commended the Detroit district court for reaching the agreement on reforms. “This is how our criminal justice system should work,” he said. “It can, and should be, a model for other jurisdictions across the country.”

Ezekiel Edwards, vice president of pretrial criminal justice at Arnold Ventures, a philanthropic organization supporting research and policy work on justice issues, said bail systems in the U.S. have become more reform-minded over the last decade. But the policy landscape is still a patchwork, he said.

“Cash bail is still used in most jurisdictions around the country and without the necessary regulations or limitations,” Edwards said.

As for achieving racial justice in Detroit, McConico said there will be a racially diverse bar association and a majority Black bench of judges and magistrates working together under the new administrative policies to ensure they have a chance of succeeding.

Morrison is a New York City-based member of the AP’s Race and Ethnicity team. Follow him on Twitter: https://www.twitter.com/aaronlmorrison. 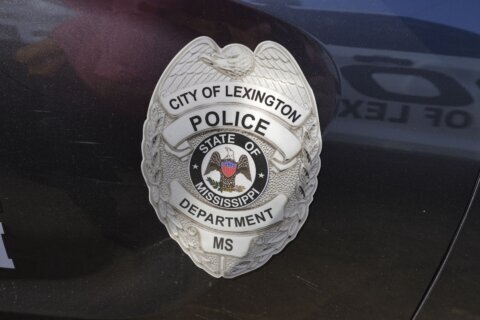