DENVER (AP) — The U.S. Air Force abruptly changed its procedures to select a permanent headquarters for the U.S. Space Command during the election year of 2020, which led to it choosing heavily Republican Alabama over Democrat-dominated Colorado after a White House meeting, according to a report from the General Accounting Office that was made public Thursday.

Colorado lawmakers had requested the review from the congressional investigative arm after the Trump administration, in the waning days of the former president’s term, moved the agency from its provisional headquarters at Peterson Air Force Base in Colorado Springs.

During his re-election campaign, then-President Donald Trump at a Colorado rally seemed to promise the operation would remain in the state, but the outcome was different after he lost Colorado by 13 percentage points to Joe Biden in November 2020.

The General Accounting Office found that in March of 2020 — the month after Trump’s Colorado rally — the Air Force changed its procedure on selecting a permanent location for the headquarters of Space Command, which enables satellite-based navigation and troop communication and provides warning of missile launches.

The agency, known as GAO, determined the process fell far short of best practices it recommends for the federal government.

“Developing basing guidance consistent with these best practices, and determining the basing actions to which it should apply, would better position the Air Force to substantiate future basing decisions and help prevent bias, or the appearance of bias, from undermining their credibility,” the report said.

The decision to select Redstone Arsenal in Huntsville, Alabama, came after a Jan. 11, 2021 meeting that included Trump, his then-acting Secretary of Defense and other senior military officials.

According to the GAO report, meeting participants had conflicting recollections of who picked Alabama over Colorado.

But in selecting the base’s move to Alabama, the decision went against the recommendations of the U.S. Space Command Combatant Commander, the U.S. Space Force Chief of Space Operations and the former Vice Chairman of the Joint Chiefs of Staff. They had recommended that the operation remain in Colorado.

Colorado officials responded by calling on the Biden administration to reconsider the Space Command move decision.

“We have serious concerns about how this conclusion was reached, which contradicts the military leadership’s stated goal of reaching Full Operational Capability as quickly as possible,” said a statement from Republican Rep. Doug Lamborn, who requested the GAO report, Democratic Rep. Jason Crow and Democratic Sens. Michael Bennet and John Hickenlooper.

The statement added: “Our national security should be the deciding factor in basing decisions.”

U.S. Sen. Richard Shelby of Alabama insisted that the decision for the move was correct.

The Air Force “followed strict criteria when they evaluated and selected Huntsville. I agree that Huntsville was the right pick for the job,” Shelby said in a statement released on Twitter. 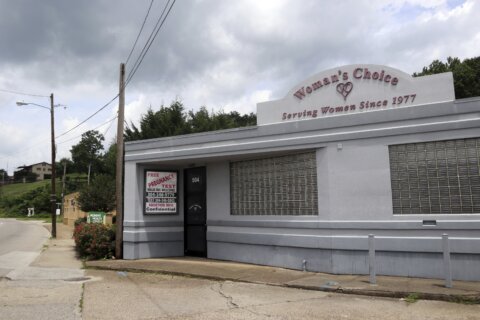