The wife and two daughters of Emad Shargi, an American-Iranian dual citizen wrongfully detained in Iran since 2018, made an emotional appeal to President Biden to meet with them and "do anything" in his power to put aside political concerns and bring Shargi home.
Listen now to WTOP News WTOP.com | Alexa | Google Home | WTOP App | 103.5 FM

▶ Watch Video: Full interview: Family of Emad Shargi, American held in Iran, appeals to President Biden to “do anything” in his power

The wife and two daughters of Emad Shargi, an American-Iranian dual citizen wrongfully detained in Iran since 2018, made an emotional appeal to President Biden to meet with them and “do anything” in his power to put aside political concerns and bring Shargi home.

In an exclusive interview with CBS News’ Margaret Brennan, the family revealed that it has requested a meeting with Mr. Biden “numerous times,”  including as recently as ten days ago, but has so far not received a response from the White House.

“Really what we would like is to sit in front of the president and tell our story and beg him — because he is the only one that can make the decision to bring Emad and the other hostages home,” said Bahareh Shargi, Emad’s wife.

The president recently met with the families of other U.S. hostages — the parents of Austin Tice, who has been missing in Syria since 2012, and the family of Trevor Reed, who was released from Russia in a prisoner exchange in April — making the Shargis wonder whether they are being treated differently.

“We saw a few weeks ago the president made the brave, brave move and brought Trevor Reed home. So, this is something that can be done,” Bahareh said. “And this gave us immense hope.”

“We really hope that the administration puts patriotism over politics and brings these Americans home,” Emad’s 25-year-old daughter Ariana said.

The family also has yet to meet with Secretary of State Antony Blinken. At the time of publication, the State Department had not provided a response to CBS inquiries about whether there are plans for the top U.S. diplomat to meet with the Shargi family.

“These are very, very busy people — probably the busiest men in the country. I understand that. But I don’t know why they’ve met with other hostage families and not our family,” Bahareh said.

Asked whether they think the Biden administration is reluctant to meet with them because it might suggest to Iran that they or other hostage families can be used as leverage against the U.S., Emad Shargi’s 24-year-old daughter, Hannah, expressed doubt that this was the case. “They already are being used. Our dad is being used as a pawn, I think that’s very clear,” she said. “So, I don’t think that’s the reason why they wouldn’t meet with us.”

Showing empathy with the American president who has buried two of his children, as well as his first wife, Ariana said, “He is a person who values the individual and values the power of family and knows what it feels like to have your family unfairly taken from you.”

Although the Biden administration has repeatedly stated that the Iran nuclear talks and the hostage negotiations are being handled separately, the family expressed concerns that the fact that the nuclear talks have now been stalled for several weeks is affecting efforts to bring Americans held in Iran home.

Iran Special Envoy Rob Malley recently testified before Congress that the prospects for a nuclear deal with Iran are “at best, tenuous.” A U.S. official told CBS News that Iran is primarily to blame for the failures and cited Tehran’s demand that its Revolutionary Guard (IRGC) be removed from a U.S. terror blacklist as one significant sticking point. President Biden is unwilling to make that particular concession.

For nearly 11 months, international negotiators hunkered down in Vienna to hammer out an agreement for the U.S. and Iran to re-enter the 2015 nuclear deal, known as the Joint Comprehensive Plan of Action (JCPOA), alongside a separate arrangement for the U.S. and Iran to swap prisoners. That release of prisoners would have coincided with the unfreezing of roughly $7 billion worth of Iranian assets held in South Korea. But both diplomatic efforts are now on hold.

“We were hoping that the Vienna talks would bring everything kind of together,” Bahareh said. “But unfortunately, that’s been pushed back day by day, week by week. And now, there’s this pause —a very, very, very, very long pause.”

The family also revealed for the first time that Emad had suffered from COVID-19 for 10 days while in Iran’s notorious Evin prison, which has been sanctioned by the U.S. for human rights abuses. “He was bedridden, and he didn’t have the right medical care or anything,” Bahareh said. “That was really, really concerning.”

A National Security Council spokesperson told CBS News, “We continue to work aggressively — using every available means — to bring home all Americans wrongfully detained or held hostage abroad. The State Department and others on the President’s national security team remain in regular contact with the families of Americans held hostage or wrongfully detained abroad to ensure that they receive information on their loved ones and understand the status of U.S. Government efforts to bring them home.”

The NSC declined to comment on whether President Biden planned to meet with the Shargi family or the families of other Americans held in Iran.

Emad Shargi was first imprisoned in 2018. He was released on bail several months later and cleared of charges, but Iranian authorities refused to return his American passport. His wife, Bahareh, returned to the U.S. to be with their daughters, while Emad remained in Iran under the travel ban. On Nov. 30, 2020, just weeks after Joe Biden was elected president, Emad was summoned to a top Iranian Revolutionary Court judge’s office and told that he had been convicted in absentia on charges which remain unclear to the family, and sentenced to 10 years in prison.  He remains in Evin prison to this day.

Three other Iranian-Americans also remain detained in Iran, including 85-year-old Baquer Namazi and his son Siamak, who has served more than six years in Evin Prison. Jared Genser, a lawyer for the Namazi family, issued the following comment to CBS News: “I urge President Biden to end this family’s nightmare and to do what is necessary to secure their rapid and safe return to the United States.” 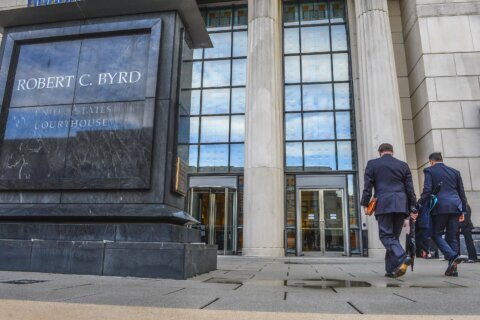