Mishael Morgan of “The Young and the Restless” won as lead drama actress, becoming the first Black actor to win in a lead category at the Daytime Emmys on Friday night.
Listen now to WTOP News WTOP.com | Alexa | Google Home | WTOP App | 103.5 FM
(1/19) 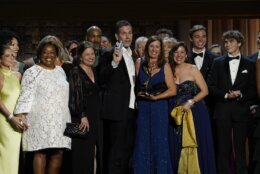 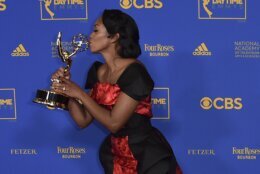 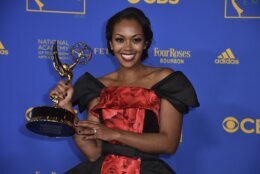 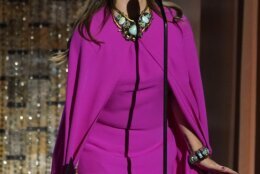 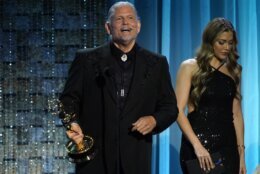 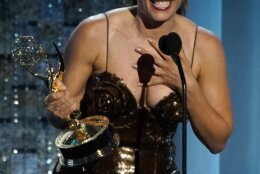 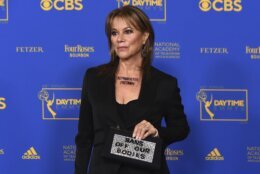 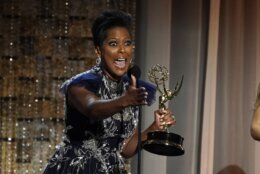 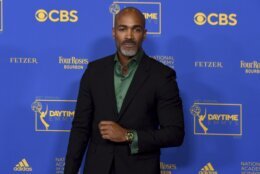 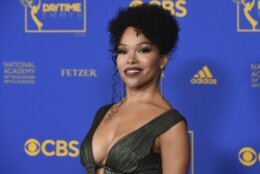 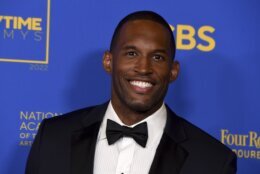 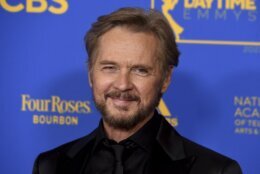 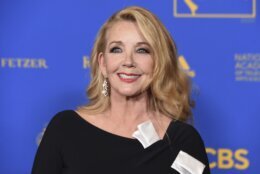 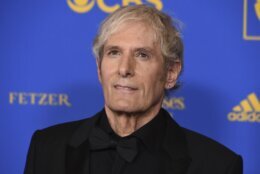 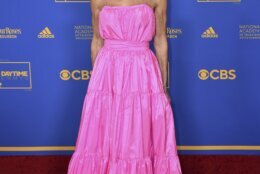 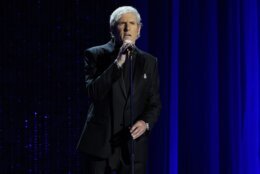 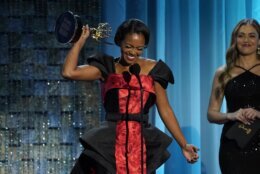 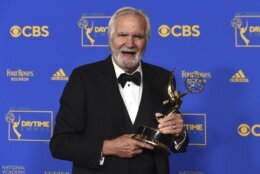 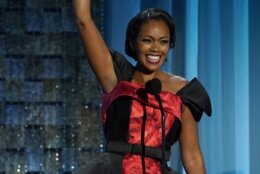 PASADENA, Calif. (AP) — Mishael Morgan of “The Young and the Restless” won as lead drama actress, becoming the first Black actor to win in a lead category at the Daytime Emmys on Friday night.

Morgan was previously nominated in the supporting category. The 35-year-old from Trinidad and Tobago plays Amanda Sinclair on the CBS soap.

“I am being honored regardless of the color of my skin, regardless of my passport, for being the best at what I do,” Morgan said. “Now there are little girls all around the world and they’re seeing another step forward and they know that no matter their industry, no matter their vocation, no matter what, they can strive to be the best at what they do. Not only can they achieve it, but they will be celebrated.”

John McCook earned lead actor honors for his role as Eric Forrester on CBS’ “The Bold and the Beautiful.” It was the 78-year-old’s first win in four nominations.

“I am so glad to get this Emmy, any Emmy actually,” he said.

“General Hospital” won daytime drama honors, the ABC show’s 15th triumph in the category. It was the fifth trophy earned by the show Friday.

“I am so immensely proud of our generation. We are breaking glass ceilings left, right and center, and I am so honored to be a vessel and experience this moment,” she said. “It’s because of everybody who is out there today who is proving to the world that we can and we will do this thing called equality and unity together.”

Kelly Thiebaud was chosen supporting actress for playing Dr. Britt Westbourne and Jeff Kober scored as supporting actor for his role as Cyrus Renault. Nicholas Chavez won as younger performer in the soap.

“Wow!” Chavez said. “Just a little over a year ago I was selling cars in a little beach town in Florida. I always had the love and support of my family, but none of us had ever dreamed I’d be up on this stage.”

A gleeful Thiebaud won on her first nomination.

“I cannot believe this. I am so shocked,” she said. “My brother, when I first started acting, he followed my work and he’s like, ’You’re not that good.’ So thank you for giving me something to rub in his face.”

Kober is known for his extensive film and primetime work on such shows as “Sons of Anarchy” and “The Walking Dead.”

“Wow, thank you for making me feel so welcome in daytime. What a trip,” he said. “I love what we get to do for a living, it’s play.”

NBC’s “Days of Our Lives” won for writing team.

“’Jeopardy!’ is a show about facts,” executive producer Michael Davies said. “Facts, with everything going on in the world, are more important than ever. ‘Jeopardy!’ is the last place where everyone agrees about facts.”

Daytime doyenne Susan Lucci, who starred on “All My Children” during the show’s entire 41-year network run, received a standing ovation. She introduced the In Memoriam segment, which included a photo of her husband, Helmet Huber, who died in March. Michael Bolton crooned his hit “How Am I Supposed to Live Without You.”

John Aniston of “Days of Our Lives” was honored with a lifetime achievement award for his 37-year role as Victor Kiriakis. The 88-year-old actor wasn’t present.

He was introduced via video by his daughter, Jennifer Aniston, who said, “His career is literally the definition of lifetime achievement.” She noted he began acting in 1962 in primetime and also appeared in such defunct soaps as “Love of Life” and “Search For Tomorrow” before joining “Days” in 1985.

After two years of pre-taped presentations because of the coronavirus pandemic, daytime returned to honoring its own at nighttime with an in-person ceremony. In 2020, the show went virtual for the first time and last year the audience was limited.

Still, the specter of COVID-19 was felt.

Two nominees from “The Young and the Restless” were forced to bow out. Lead actor nominee Jason Thompson, who plays Billy Abbott, and supporting actress nominee Melissa Ordway, who plays Abby Newman, both said on social media they had tested positive for COVID-19 and would miss the show.

Kevin Frazier and Nischelle Turner of “Entertainment Tonight” co-hosted the 49th annual awards held at the Pasadena Convention Center, where many of the nominees sat at socially distanced cocktail tables and others sat in rows next to each other.

Frazier and Turner found themselves accepting a Daytime Emmy when “ET” won for entertainment news series.

Turner opened the show with a reference to the Supreme Court overturning women’s constitutional protections for abortions earlier Friday. She emphatically told Frazier it was “her choice” to wear her blue gown. The crowd cheered and some women stood up.

Supporting actress nominee Nancy Lee Grahn of “General Hospital” walked the indoor red carpet wearing references to the day’s news. She had a temporary tattoo reading “reproductive freedom” on her chest, the word “choice” on her disc earrings and she carried a black purse with “ban off our bodies” spelled out in rhinestones.

“I dare not go through this process without speaking out about the devastation that I have for what happened today and what a dark day it is for women in this country,” the 66-year-old actor said. “We’re not going to allow this, we’re not going to stand for it.”