NEW YORK (AP) — Far fewer Americans said “I do” during the first year of the pandemic when wedding plans were upended, a new report finds.

There were 1.7 million weddings in 2020, a drop of 17% from the year before and the lowest recorded since 1963, the Centers for Disease Control and Prevention said Tuesday.

The plunge was not exactly a surprise since the U.S. marriage rate had been on the decline since 2016.

The pandemic threw many marriage plans into disarray, with communities ordering people to stay at home and banning large gatherings to limit the spread of the coronavirus.

The CDC found that 46 states reported declines in marriage rates in 2020. Hawaii saw the largest drop in the country — 48% — followed by California, which fell 44%.

Nevada — long a popular wedding destination — continued to have the nation’s highest marriage rate. But even that state saw a 19% decline in the first year of the pandemic. Four states reported marriage increases — Montana, Texas, Alabama, and Utah, the CDC said.

The U.S. divorce rate also declined in 2020, though not as dramatically.

The latest report is based on marriage certificates filed with state and local governments. The CDC has not yet released data on marriages in 2021.

Wedding planners last year said they saw a rebound, with the rescheduling of postponed ceremonies. But some experts said it’s hard to know when U.S. marriages might return to pre-pandemic levels.

“It’s not been a great time for romance,” said John Santelli, a professor at Columbia University’s school of public health. 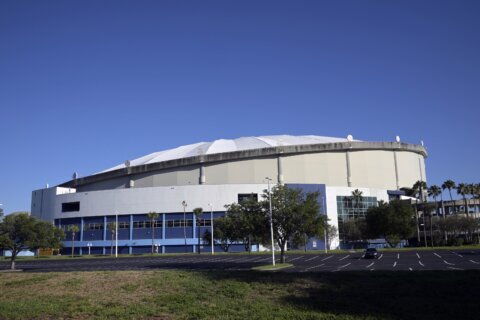