A cold front that blew in Friday lowered temperatures, raised humidity levels and provided cloud cover over the largest fire, which is burning in northern New Mexico, said Dennis Burns, a fire behavior analyst. The cloud cover “shades the fuels so that the fire has to work harder and struggles to burn that material.”

“It’s actually given us some decent conditions to go after this fire today and probably for the next several days,” Burns said.

More than 2,700 firefighters and other personnel were assigned to the 6-week-old blaze, which as of Saturday was contained around bout 40% of its perimeter. The fire is among five active large fires in the state and among 16 nationally, according to the National Interagency Fire Center.

At 482 square miles (1,250 square kilometers), the largest New Mexico fire is so big it’s been split into three zones managed separately by three of the 17 largest Type I incident teams in the nation.

Strong winds previously have caused the fire to grow by tens of thousands of acres in a single day, but incident commander Carl Schwope said Friday night that the moderation of weather conditions “is going to give us a good five days here that we can really make a lot of progress.”

Winds on Friday challenged firefighters battling the blaze, sending embers that started spot fires outside containment lines, but crews aided by aircraft were able to keep the fire from growing outside its perimeter in most areas

Some of the crews directly fighting the fire worked amid logs on steep slopes, said Jayson Coil, an operations section chief.

“And that is going to take time,” Coil said. “”The work is slow. It’s tedious. It’s difficult. But they’re making progress.”

Meanwhile, other crews deployed water hoses and pumps to protect structures and operators of bulldozers and vegetation-chewing machines continued clearing containment lines along and ahead of the fire’. Secondary containment lines more distant from the fire also were being cleared in case flames cross the primary lines.

Some of the secondary lines were being cleared in areas where property owners said previous fires were halted, Burns said. “Hopefully they’ll never be used.”

Some of the crews directly fighting the fire worked logs on steep slopes, said Jayson Coil, an operations section chief.

“And that is going to take time,” Coil said. “”The work is slow. It’s tedious. It’s difficult. But they’re making progress.” 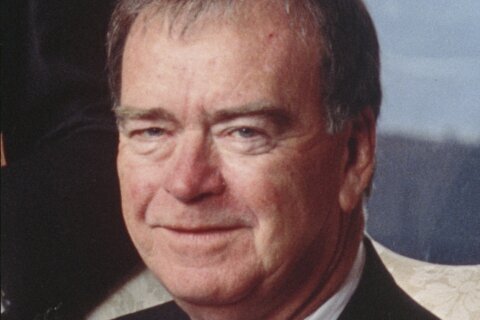 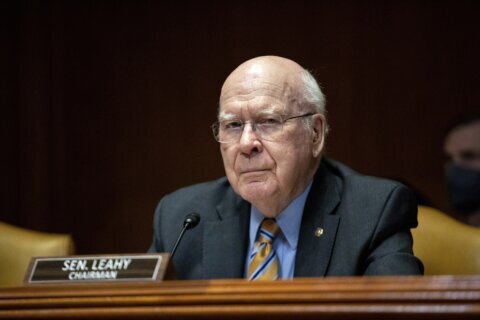 Vermont US Sen. Leahy in hospital for surgery on broken hip