On October 9, 2020, American Airlines manager James “Jamie” Faith was shot seven times by a masked individual during a morning walk with his wife, Jennifer, and their dog, Maggie, in Dallas, Texas. He was pronounced dead at the scene. Within a few months, authorities discovered a murder plot orchestrated by the victim’s wife with the assistance of her former high school lover, Darrin Lopez. The former lovebirds had reconnected at the start of the pandemic in March 2020, and Jennifer admitted to a friend they were having an “emotional affair.” 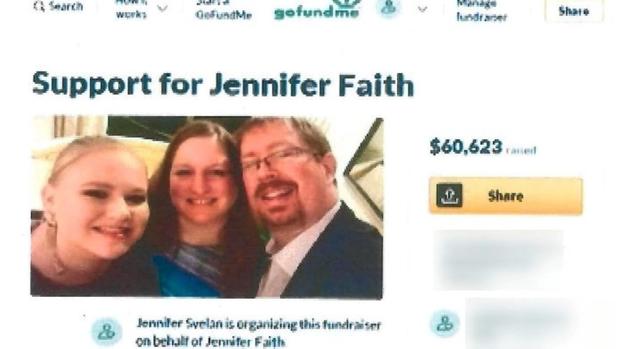 Immediately after Jamie Faith’s death, a GoFundMe Page was set up to provide Jennifer and her daughter with financial support. Neighbor Jennifer Svelan organized the GoFundMe account and was able to raise over $60,000. “It was shocking to see how much people were contributing and donated,” Jennifer Svelan told “48 Hours.”

U.S. District Court for The Northern District of Texas

Following her husband’s murder, authorities say Jennifer Faith spoiled Lopez with gifts using funds from a community fundraising platform. “48 Hours” correspondent Peter Van Sant investigates the death of the Texas man and the twisted tale behind his murder in “The Plot to Kill Jamie Faith,” airing Saturday, April 9 at 10/9c on CBS and streaming on Paramount+.

Months before Jennifer Faith pleaded guilty for her role in the murder of her husband, members from her community joined forces to provide emotional and financial support to the Faith family during its time of need. One of the ways this was done was through a GoFundMe, a crowdsourcing platform, which was organized by fellow community member Jennifer Svelan.

“Once the GoFundMe was set up … those contributions were coming in from, I imagine, all over,” Svelan said. “… it was shocking to see how much people were contributing and donated.” Through GoFundMe, over $60,000 was raised. 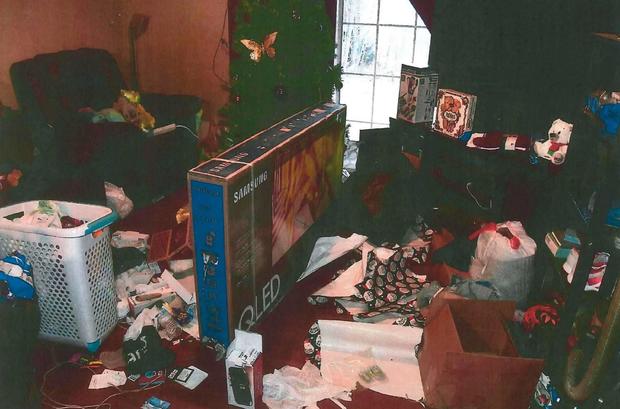 The investigation revealed that Jennifer Faith had used the GoFundMe proceeds to shower Darrin Lopez with gifts. She purchased him a large screen television and paid for his airline tickets to travel to a different state.

U.S. District Court for The Northern District of Texas

According to court documents, Jennifer Faith used the donations to purchase a Samsung QLED large screen television for Lopez and paid for airline tickets for him and his daughters. Over a span of two months, Jennifer Faith withdrew $58,000 from the GoFundMe account. Authorities noted that she left an unpaid funeral bill for $6,500.

Authorities believe Jennifer Faith also used the GoFundMe funds to pay for purchases made on her two credit cards. In an email to Lopez, she gave him access to those credit cards, writing, “Here’s both of my major CC’s. AMEX has no limit and I think the Visa has like $35,000 … PLEASE don’t hesitate to use them for whatever you need, especially when it’s stuff for the girls.” 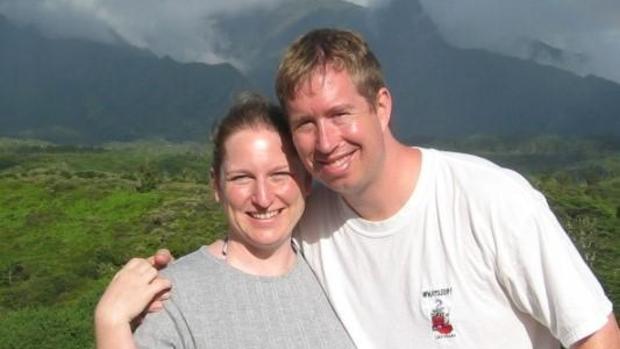 Criminal defense attorney Christy Jack, who “48 Hours” asked to review the case, says Jennifer Faith’s actions went overboard. “There are always people in life who will take advantage of someone’s generosity. But I think her actions took this to a whole new level,” Jack said.

Jennifer Faith’s former neighbors and friends, Melisa Gonzales and Shamona Jackson, say they felt fooled and betrayed by Jennifer’s actions. “You don’t wanna let yourself believe that someone you care about could do something like that. So, for me, yeah, it took a while to get to the point of believing,” Gonzales said.

According to Jennifer Svelan, GoFundMe has reimbursed those who donated money to help Jennifer Faith.

“I am thankful that GoFundMe has a policy of not allowing fraud,” Svelan said. “And when they become aware of situations like this, as they did in this case, they offered full refunds to anyone who had donated to this particular GoFundMe account. All they had to do was ask and fill out a form and they got their money back.”

Darrin Lopez was arrested and charged with Jamie Faith’s murder. He pleaded not guilty, and claims he was manipulated into killing Jamie as part of an elaborate plot.