The ex-wife of Eric Greitens said in a sworn statement that the former Missouri governor and current U.S. Senate candidate has become erratic and unhinged since she accused him of abuse in an earlier court filing.

Sheena and Eric Greitens have been trading accusations in a child custody case. In a March affidavit, Sheena Greitens said her ex-husband was physically abusive and demonstrated “unstable and coercive behavior” so concerning that steps were taken to limit his access to firearms.

In the latest filing on Thursday, Sheena Greitens said her husband’s reaction to the March 21 affidavit is consistent with his past behavior.

“When his political future is at risk, he becomes erratic, unhinged, coercive, and threatening,” she said.

Tim Parlatore, Greitens’ attorney, said Tuesday that Sheena Greitens’ allegations “are complete and total lies.” He said the Greitens team has offered her a chance to apologize and resolve their differences in mediation, ”but it seems like she intends to double down instead, which is unfortunate because the only victims of that are the children.”

Parlatore reiterated the Greitens team’s belief that leading Republicans worked with Sheena Greitens, orchestrating the court filings to undermine his Senate bid. But Sheena Greitens wrote that she alone drafted them.

“Neither Karl Rove, nor Mitch McConnell, nor any other so-called political operatives drafted it for me,” she said in the filing on Thursday.

Eric Greitens was a rising GOP star after his 2016 election, a charismatic former Navy SEAL officer and Rhodes scholar who founded a nonprofit benefiting veterans. But in February 2018, he was indicted on an invasion-of-privacy charge, accused of taking a compromising photo of his St. Louis hairstylist without her consent during a 2015 extramarital affair.

Sheena Greitens, now a public affairs professor at the University of Texas, sought divorce after the scandal that led to her husband’s resignation as governor in June 2018. She’s now asking the court to move the custody case to the Austin area, in part, she said, to spare her children from renewed public attention as Eric Greitens tries to mount a political comeback.

Incumbent Sen. Roy Blunt’s announcement in March 2021 that he wouldn’t seek a third term led to a large field of GOP contenders seeking his seat. Greitens, despite the baggage, is believed to be a top contender. Many top Republican leaders worry he could win the August primary but lose in November, conceding a Senate seat in a decidedly red state.

Sheena Greitens subsequently accused her ex-husband of behavior that included physical abuse “such as cuffing our then-3-year-old son across the face at the dinner table in front of me and yanking him around by his hair.”

In 2019, one of her sons came home from a visit with his dad “with a swollen face, bleeding gums and loose tooth,” she said in the March filing. In the latest document, Sheena Greitens said she has “photographic evidence” of the injuries.

Parlatore said the photos instead “demonstrate that clearly there was no abuse.”

“The child was rough-housing with his brother,” Parlatore said. “Her own emails from the time admit this fact, her own statements to the doctors admit this fact.”

Eric Greitens’ campaign responded to the March affidavit with a statement calling it “nothing more than a sad attempt to force a father to yield custody of his children to a deranged individual.”

Sheena Greitens said in her latest filing that she has no history of mental illness. She said the only time she has sought counseling was during the period of 2018 to 2020, “first to find out if my marriage was salvageable, and then to cope with the traumatic consequences of Eric’s behavior.” 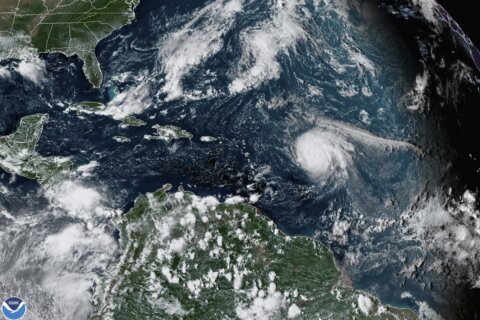 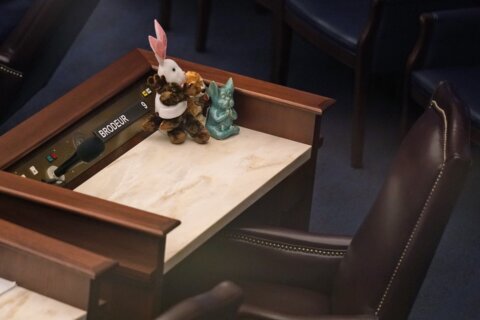