BOSTON (AP) — A former top security executive at eBay Inc. has pleaded guilty to his role in a campaign to harass and intimidate a Massachusetts couple who published an online newsletter he perceived as critical of the company.

James Baugh, 47, of San Jose, California — eBay’s former senior director of safety and security — admitted Monday in federal court in Boston to nine charges in connection with the campaign that involved disturbing deliveries — among them, live insects, a bloody pig face mask and a book on surviving the loss of a spouse — to the victims’ home, federal prosecutors said.

The intimidation started when senior executives at eBay became frustrated with the newsletter’s tone and content, according to federal documents.

The harassment campaign also included online posts inviting the public for sexual encounters at the victims’ home, and a trip to the Boston area to spy on the victims with the intention of installing a GPS device in their vehicle, federal authorities said.

A voicemail was left Tuesday with Baugh’s attorney.

Baugh was one of seven eBay employees or contractors charged in the harassment scheme that ran from August 2019 until August 2020. He is the sixth to plead guilty. One has pleaded not guilty and is awaiting trial. San Jose-based eBay has previously said they were fired.

Baugh faces decades in prison at sentencing scheduled for Sept. 22, if he receives the maximum sentence.

The Massachusetts couple, Ina and David Steiner, who publish the newsletter EcommerceBytes, sued eBay and several employees including former CEO Devin Wenig last summer over what they described as a conspiracy to “intimidate, threaten to kill, torture, terrorize, stalk and silence them” in order to “stifle their reporting on eBay.”

The lawsuit alleges the employees were “carrying out the directives of Wenig” and another executive. Wenig was not criminally charged, has denied any knowledge of the harassment campaign, and his lawyers have asked that the Steiners’ claims against him be dismissed.

He stepped down as CEO of eBay in September 2019.

The lawsuit has been stayed as the sides negotiate a settlement, according to court records.

The Silicon Valley giant has apologized to the couple and said that it fully cooperated with the law enforcement investigation. 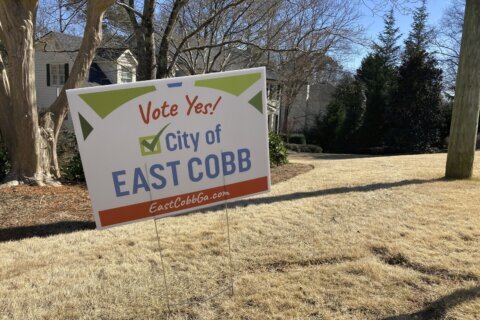