No charges against 2 Chicago officers in fatal shootings

CHICAGO (AP) — No charges will be filed against the Chicago police officers who chased and fatally shot 13-year-old Adam Toledo and 22-year-old Anthony Alvarez within days of each other last year, prompting sharp criticism of how the department handles foot pursuits, a prosecutor announced Tuesday.

Cook County State’s Attorney Kim Foxx said there was insufficient evidence to charge the officers in the deaths, which were captured on video that showed both suspects appeared to have handguns prior to the shootings.

The public release of the videos in April 2021 renewed calls for reform of the Chicago Police Department, which for decades has had a reputation for brutality, misconduct and racism. And it came as videos of police confrontations put departments around the country under heavy scrutiny, especially after the footage from 2020 that helped lead to a murder conviction in the death of George Floyd.

In both Chicago shootings, officers chased suspects on foot — a highly unpredictable situation that critics, including the U.S. Department of Justice, have said is dangerous for both officers and suspects and leads to too many unnecessary shootings.

The deaths led to protests and calls for Chicago to adopt clear guidelines for officers on pursuits, though a policy still has not been finalized.

In February, Alvarez’s family sued the city of Chicago, saying it is partly responsible for his death because of the lack of a foot pursuit policy.

Foxx also was critical Tuesday of the officers in the shooting death of Alvarez, saying they created the situation that put them in danger. Alvarez was walking when officers approached him because of a traffic incident the night before.

Alvarez ran away, turned a corner and fell, Foxx said. When Officer Eric Solano turned the corner, Alvarez was getting up off the ground, and it appeared to the officer that Alvarez was about to shoot him, she said.

“As he (Alvarez) began to use both hands to push himself off the ground, Officer Solano arrived at the corner of the residence and observed Mr. Alvarez in a crouching position with a handgun in his right hand,” Foxx said. That led Solano, she said, to believe Alvarez “was waiting to ambush him.”

But Tim Grace, an attorney who represented Solano as well as the other officer, Eric Stillman, said Foxx’s criticism in the shooting of Alvarez was unfair.

In the Toledo shooting, police were on the scene after a gunshot detection system the city uses recorded eight shots in the area. When they arrived, the only two people they saw were Toledo and Ruben Roman, then 21, both of whom immediately started to run away.

Stillman saw that Toledo had his hands near his waistband, causing him to believe that the teen had a gun, Foxx said. She said that the teen raised his right hand so quickly that it was impossible to determine if he’d dropped the gun.

Between the time he began to turn with the right hand that had been holding the gun and the time the officer shot him when he was no longer holding the gun “was estimated to be 838 milliseconds,” Foxx said.

The prosecutor said she met with families of both Toledo and Alvarez earlier Tuesday. In meeting with the Alvarez family and their attorney, Foxx said the family was “unmistakably heartbroken” and had “many, many questions” about how officers approached him, including why they didn’t come to their house if they knew they were looking for him.

In a statement, attorneys for the family said they are “profoundly disappointed” that Stillman will not face criminal charges and that they are pursuing a civil case against Stillman and the city.

“Officer Stillman’s use of deadly force was excessive and posed a threat to the safety of Adam and others,” attorneys Adeena Weiss Ortiz and Joel Hirschhorn said. “We will be contacting the Department of Justice Civil Rights Division to address this horrific travesty.”

Foxx said the officers in both cases demonstrated they feared for their lives at the moment they fired. But she added she has “deep concerns” about the Chicago Police Department’s foot pursuit policy in both cases. The city has said it is reviewing the policy.

“I think in the instances we’ve seen, especially with Mr. Alvarez, we have to ask ourselves, was this worth the effort?” Foxx said.

After the shootings last year, Chicago Mayor Lori Lightfoot demanded the police department come up with a clear foot pursuit policy — something that has been discussed for years but has not happened. Chicago police now say they are finalizing a policy, though one still is not in place.

In some other cities, officers are given clear guidance about when and under what conditions to pursue people by foot.

Foxx said she believes there is “a full awareness” among Lightfoot, police Superintendent David Brown and the head of the Civilian Office of Police Accountability that new guidance on foot pursuits is needed.

“I think the deaths that we have seen, the risk to our officers, absolutely necessitates that we have a foot pursuit policy that keeps everyone safe,” she said.

Stillman, the officer who fatally shot Toledo, is on active duty and Solano has been relieved of his police powers pending the results of internal investigation by the department, according to CPD spokesman Tom Ahern.

This story has been updated to correct that the shootings happened within days, not within weeks. 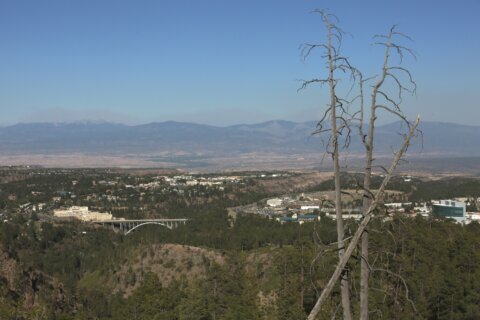 Campaign: Pennsylvania Lt. Gov. John Fetterman, Democrat running for Senate, had stroke but is on way to ‘full recovery’