As the nation’s historically Black colleges remain on edge after receiving dozens of bomb threats in recent weeks, federal law enforcement officials said they have identified six suspects who they believe are responsible for most of the racially motivated crimes.
Listen now to WTOP News WTOP.com | Alexa | Google Home | WTOP App | 103.5 FM

As the nation’s historically Black colleges remain on edge after receiving dozens of bomb threats in recent weeks, federal law enforcement officials said they have identified six suspects who they believe are responsible for most of the racially motivated crimes.

More than a third of America’s 101 historically Black colleges and universities have been targeted by calls or emails threatening to set off bombs on their campuses since early January, with the vast majority arriving during the celebration of Black History Month in February. The threats are being investigated as hate crimes.

At a congressional hearing Thursday, federal law enforcement agencies said they are working aggressively to make arrests in the 59 cases, calling the case their “highest priority.” All six suspects are juveniles, according to the FBI.

Ryan Young, executive assistant director of the FBI intelligence branch, said investigators have identified “one person and a small group,” although some of the threats may have been copycat crimes.

“Our intention is to bring these individuals to justice,” Young told the House Oversight Committee.

The Biden administration this week announced a series of actions in response to the threats. The Education Department on Wednesday issued guidance to help colleges navigate threats and get help from federal agencies. Vice President Kamala Harris, the nation’s first Black vice president and an alumna of Howard University, a historically Black institution in Washington, also notified colleges they are eligible for grants meant to help schools recover from violence.

No explosives have been found in connection with the threats, but students say the prospect of violence has loomed over their lives. The threats have prompted lockdowns and evacuations, sometimes late at night, leaving students anxious and uneasy.

Emmanuel Ukot, president of the student government at Xavier University of Louisiana, said tensions have been high in the wake of two threats at the school of more than 3,000 students. Some students have been afraid to return to classes, he said, and some have sought mental health services.

“The triple impact of COVID-19, the ongoing racial reckoning in the country and the bomb threats on HBCU campuses is having a real and lasting impact on our students,” he told lawmakers.

Howard University has received at least four threats since Jan. 4. After the second one, officials gave students a day off for their mental health.

“The added stress and in some cases paranoia that students, faculty and staff have subsequently experienced cannot be overstated,” said Kylie Burke, president of Howard’s student government.

The threats began in early January but picked up on Feb. 1, the first day of Black History Month, when 18 colleges were threatened on the same day. Some have come as recently as Monday, when Morehouse College in Atlanta locked down its campus in response to a bomb threat.

The vast majority of the threats have been made by phone, with a small number coming in emails or other online messages, said Young, of the FBI. Investigators have had trouble tracing some threats that were made using encryption technology, he added.

Young declined to provide further details on the six juveniles, but he said they “know they are under the scope of an investigation.”

The investigation is spread across 31 FBI field offices along with other units including its cyber crimes division.

The threats evoke a history of bombings and other acts of violence against Black Americans.

Lawmakers on the Oversight Committee recalled the 1963 bombing of an Alabama church that killed four young Black girls. Others noted a 1999 bombing at Florida A&M University, a historically Black school. Two pipe bombs exploded in that case, although no one was injured.

“These reprehensible threats against Black institutions echo the tactics employed by the Ku Klux Klan and others decades ago as they tried to instill terror in the Black community,” said Democratic Rep. Carolyn Maloney, chair of the committee.

Lawmakers from both parties urged authorities to hasten the investigation and expressed frustration that no arrests have been made, prolonging the turmoil for students and faculty.

“This committee is looking for guarantees from the FBI that there’s going to be arrests made,” Republican Rep. Clay Higgins of Louisiana said. “There should be no systemic fear at our colleges and universities in America.”

FBI and Homeland Security officials said they are continuing to investigate, and they have been providing training to help HBCUs respond to threats.

“Campus leaders do not have all the resources at their disposal to respond appropriately to the ongoing threats, and are not fully aware of the resources available from the federal government,” she said.

The House last week passed a resolution condemning the threats and affirming support for the schools. But Democrats said Congress must do more, with some calling for legislation that would increase HBCU funding for security, infrastructure and other costs.

Students testifying at the hearing echoed the call for further support. Burke said that while Howard benefits from being located in the nation’s capital, with access to its security resources, many HBCUs don’t have that kind of privilege.

“When you support historically Black colleges and universities, what you’re really supporting is the next generation of Black lawyers, filmmakers, engineers, artists, doctors and even politicians,” she said. 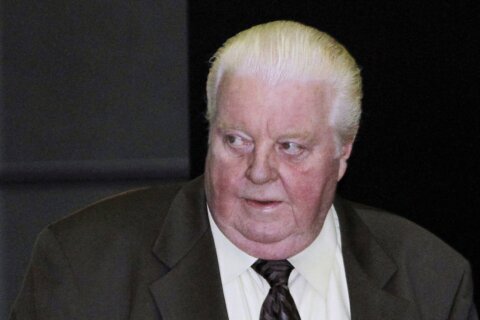