NEW YORK (AP) — After witnessing an unnerving rash of violence during his first three weeks in office, New York Mayor Eric Adams announced the city would step up efforts to seize illegal guns and institute a multi-pronged plan to tackle crime.

“New Yorkers feel as if a sea of violence is engulfing our city. But as your mayor, I promise you I will not let this happen. We will not surrender our city to the violent few,” Adams said Monday afternoon at City Hall.

By most statistical measures, New York City has been afflicted in recent months only by about the same level of crime it experienced in the early 2000s throughout the mayoralty of Michael Bloomberg, who often boasted at the time that Gotham had become the “safest big city in America.”

But while Adams said Monday that the city still deserved that label, “we are not going to be satisfied with statistics.”

A startling string of crimes across the city early in Adams’ administration could give him a mandate to strengthen a police department that, just 18 months ago, was fighting off calls to “defund the police.” It might also embolden those who want to roll back criminal justice reforms that some law enforcement officials claim are eroding hard-won declines in shootings and murders.

In a speech Monday, Adams outlined a mix of plans, some new, some representing a reinforcement of existing crimefighting tools.

He announced the police department would increase cooperation with state and federal law enforcement to stem the flow of illegal guns into the city. He said he wanted officers to conduct spot checks for weapons at entry points into the city such at bus and train stations — something now done sporadically on subways.

The mayor also wants the police department to use technology to identify people carrying weapons, including facial recognition technology.

Adams plan also called for expanding cash rewards for tipsters who share information on gun-related crimes and for the city to help businesses pay to install surveillance cameras.

The mayor said he would start or expand youth mentoring and employment programs and ask pastors and other faith leaders to deliver public safety messages to their congregations.

Adams is also seeking more for resources for mental health care and said he will focus on appointing city judges who have a “demonstrated commitment” to keeping criminals who use guns off the city streets.

“The sea of violence comes from many rivers. We must dam every river that feeds this greater crisis,” Adams said.

In the three weeks since Adams was sworn in, five police officers have been shot with Rivera, 22, the only fatality so far.

On Jan. 9, a teenage cashier was killed during a late-night shift at a fast-food restaurant in Manhattan. On Jan. 15, a woman was pushed to her death in front of a subway train. Last week, an 11-month old was critically injured after being hit by a stray bullet.

That’s still lower than the average of more than 500 homicides a year during the Bloomberg administration. Nevertheless, the increase has led to renewed calls from city officials and union leaders to revisit bail reform measures that took effect just a few months before the pandemic.

There is little evidence that people spared from jail are responsible for the bulk of new crimes, but it’s among the areas Adams wants to tackle. The mayor doesn’t want to do away entirely with bail reforms, but said he wants the law tweaked so judges can consider a defendant’s criminal history and potential dangerousness in setting bail. New York is the only state that doesn’t allow that, Adams said.

Among the most controversial parts of Adams’ plan calls for bringing back an anti-crime unit in the police department that was disbanded two years ago amid concerns it was responsible for a disproportionate number of excessive force complaints against officers.

Adams said the reincarnation of the anti-crime units will be accompanied by the city holding listening tours in neighborhoods and extra training, and officers will wear some clothing that identifies them as police, such as windbreakers.

Patrick Lynch, president of the city’s largest police union, the Police Benevolent Association, said the mayor “acknowledged the problem and outlined the beginnings of a plan.”

The mayor also called for help from Washington, saying Congress must pass legislation requiring universal background checks for firearm purchases and tougher penalties for a range of gun crimes. 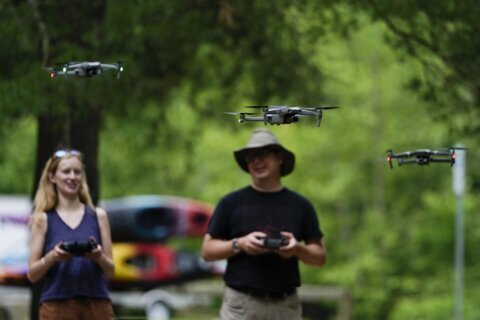