LOS ANGELES (AP) — A federal judge has dismissed a lawsuit filed by actress Rose McGowan alleging that Harvey Weinstein engaged in racketeering to silence her and derail her career before she accused him of rape.

Judge Otis D. Wright II dismissed the suit on Monday because McGowan, who fired her lawyers last month and was acting as her own attorney, failed to meet filing deadlines that had been extended for her.

Wright had dismantled much of McGowan’s suit last year, but has now thrown it out entirely. Its central claim, that Weinstein violated federal racketeering law, was dismissed with prejudice, meaning it cannot be refiled.

Weinstein Spokesman Juda S. Engelmayer said in an email Tuesday that “out of the public glare, with proper time, legal work, evidence and facts, this is the way we believe these suits will ultimately all go. A chapter is put behind as Mr. Weinstein keeps going forward to demonstrate the truth.”

A representative for McGowan who could comment could not immediately be found. She has not commented on the dismissal on social media.

The suit filed in 2019 in Los Angeles said that Weinstein, along with two of his former lawyers and an Israeli intelligence firm, conspired to defraud, smear and marginalize McGowan as she was preparing to name Weinstein during the run-up to the explosion of the #MeToo movement late in 2017.

The Associated Press does not typically name people who say they were victims of sexual abuse, unless they come forward publicly as McGowan repeatedly has.

In a different Los Angeles courtroom on Tuesday, a judge rejected a motion from Weinstein’s attorneys to dismiss a criminal indictment of Weinstein for 11 counts of sexual assault. Weinstein’s lawyers had argued that an expert in “rape trauma syndrome” was improperly used by prosecutors in grand jury testimony.

Weinstein has pleaded not guilty to four counts of rape and seven other sexual assault counts. He is awaiting trial. No date has been set.

The 69-year-old former movie mogul is serving a 23-year prison sentence after convictions of rape and sexual assault in New York. 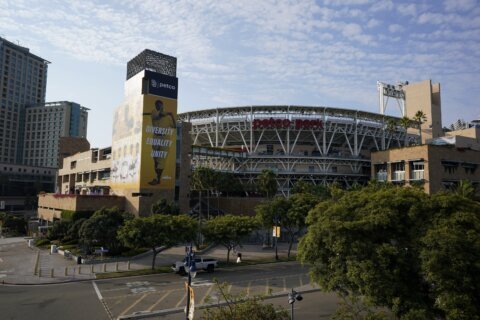 Cause of death released after mother, son fall at Petco Park 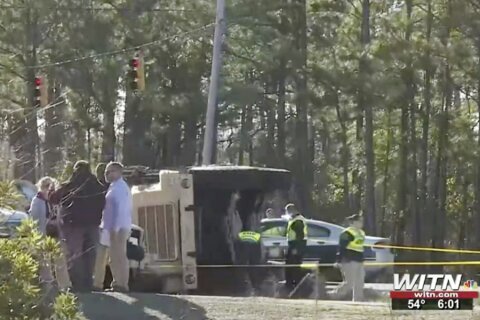