NEW YORK (AP) — The jury deliberating at Ghislaine Maxwell’s trial finished its first full day of deliberations Tuesday without reaching a verdict, having asked to review the testimony of three of four women who said they were teens when the British socialite aided financier Jeffrey Epstein in sexually abusing them.

The Manhattan federal court jury requested the transcripts less than an hour after resuming deliberations in a large room where they could spread out for coronavirus safety reasons. At day’s end, U.S. District Judge Alison J. Nathan reminded them to keep their masks on, except while eating.

The jury had begun deliberating late Monday, working less than an hour before going home after closing arguments consumed most of the day.

The jury is deciding whether Maxwell, 59, assisted her former financier boyfriend in the sexual abuse of teenage girls from 1994 to 2004. Prosecutors say she recruited and groomed the girls, making them feel that sexualized massages of Epstein were normal behavior.

Maxwell’s lawyers say the government has used her as a scapegoat after Epstein killed himself in 2019 as he awaited his own sex trafficking trial.

The transcripts requested by the jury pertain to the testimony of two women who testified anonymously as “Jane” and “Carolyn,” along with the testimony of Annie Farmer, who has spoken publicly about her experiences with Maxwell and Epstein.

Late in the day, jurors also asked for clarification on whether they could consider Farmer’s testimony to support conspiracy charges. The judge gave a simple “yes,” despite vigorous defense objections arguing Nathan’s answer needed more explanation.

Farmer, a 42-year-old psychologist, was the only one of four accusers who used her full, real name on the stand. She testified that Epstein held her hand and touched her inappropriately at movies in New York and New Mexico and that Maxwell touched her breasts during a massage in New Mexico when she was 16.

She also said Epstein climbed into bed with her and pressed himself against her before she fled to a bathroom until he left her room.

Her mother testified that Epstein told her that Farmer’s trip to New Mexico would be with a group of up to 25 “academically gifted” high school students chaperoned by Maxwell, his “wife.” In reality, though, Farmer was the only student there — and Epstein and Maxwell were never married.

Jane said she was 14 when she met Maxwell and Epstein, and alleged that the pair fondled her together. Carolyn testified about what prosecutors called “a pyramid of abuse” encouraged by Maxwell, in which girls would recruit underage victims for Epstein to abuse.

Maxwell has been held without bail since her July 2020 arrest.

This story has been corrected to show that Maxwell was arrested in 2020, not 2019. 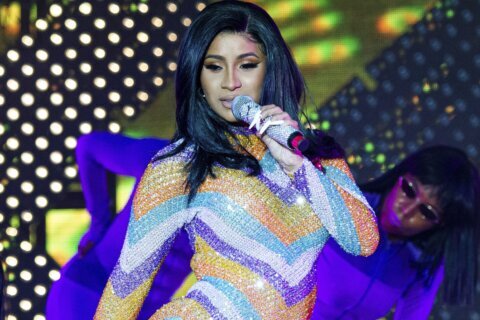