FORT LAUDERDALE, Fla. (AP) — A train belonging to Florida’s higher-speed passenger rail service struck and killed a man walking on the tracks just weeks after the company reopened from the pandemic.

The death is at least the 49th involving a Brightline train since the Miami to West Palm Beach line launched in mid-2017 and the first since it reopened last month after a 19-month closure due to the pandemic. A Brightline train on a July test run fatally struck a bicyclist.

An Associated Press examination of federal records shows that Brightline has more fatalities per mile than any U.S. railroad, one about every 31,000 miles (50,000 kilometers). Since 2018, an average of about 1,200 people are fatally struck by trains annually in the United States.

None of the deaths involving Brightline have been blamed on its equipment or crews. Investigations showed most victims were either suicidal, intoxicated, mentally ill or had gone around barriers at an intersection in an attempt to beat the trains, which travel up to 79 mph (128 kph) through densely populated areas.

Brightline said in a statement Wednesday that “safety is a topic that we will not stop talking about and we are asking the community, law enforcement, elected officials and members of the media to use their platforms and help amplify a consistent safety message: stay off the tracks and obey all warning signs.”

Brightline has installed infrared detectors that will warn engineers if anyone is lurking near the tracks so they can slow down or stop. The company has added more fencing and landscaping to make track access more difficult and is also installing red-light cameras at crossings that will allow police to ticket drivers who go around guardrails. It is testing drones to monitor the tracks.

Excluding five small railroads that average less than 100,000 miles (160,000 kilometers) traveled per year, where one or two fatal accidents skew their numbers, the railroad with the next worst rate to Brightline is central Florida’s SunRail, which since mid-2017 has had at least 15 deaths or about one every 100,000 miles, according to federal records.

TriRail, a commuter service that operates in the same area as Brightline, averages about one death every 115,000 miles.

Brightline is finishing a line that will link South Florida to Orlando that is scheduled to be completed in about a year. It is also working on a line that would connect Southern California with Las Vegas. 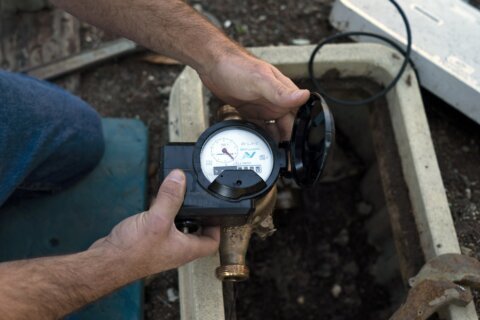