A couple is suing a fertility clinic in Los Angeles after giving birth to the wrong baby. Their biological child was born to another couple after two women were implanted with the other's embryo.
Listen now to WTOP News WTOP.com | Alexa | Google Home | WTOP App | 103.5 FM

A couple is suing a fertility clinic in Los Angeles after giving birth to the wrong baby. Their biological child was born to another couple after two women were implanted with the other’s embryo.

Daphna and Alexander Cardinale tried to conceive a second child for three years. With the help of in vitro fertilization, they were thrilled to welcome a baby girl in September 2019. But Alexander Cardinale said he immediately felt something was wrong.

“I had a weird, sort of a gut reaction when she was born. It wasn’t anything logical. It was just like an instinct,” he said.

A DNA test two months later confirmed their worst fear: The infant was not their biological daughter. Daphna Cardinale was implanted with a stranger’s embryo, while the stranger received theirs. That woman, who wishes to remain anonymous, gave birth a week earlier to the Cardinales’ biological daughter.

“When I found out she wasn’t mine I poured more love into her. Maybe I was just clinging to her. I was just so scared I was going to lose her, which I ultimately did,” Daphna Cardinale said.

The Cardinales felt robbed of the time with their biological daughter. “We had to play a lot of catchup,” Alexander Cardinale said.

The babies were returned to their biological parents. The Cardinales are now suing their physician, California Center for Reproductive Health and a third-party embryology lab for alleged misconduct, including medical malpractice and negligence.

California Center for Reproductive Health “thought that the embryos had gotten mixed up when an embryology lab, In VitroTech, was taking biopsies to send in for genetic testing,” according to the Cardinales’ complaint.

The fertility clinic, doctor and lab named in the lawsuit did not immediately respond to CBS News’ request for comment.

An estimated 1.9% of American children are conceived through assisted reproductive technology each year. The Cardinales said the advice they would share with fertility patients is to ask questions and demand to know what protective protocols are in place.

“We can’t sleep at night knowing that this is happening and no one’s … talking about it,” Alexander Cardinale said. 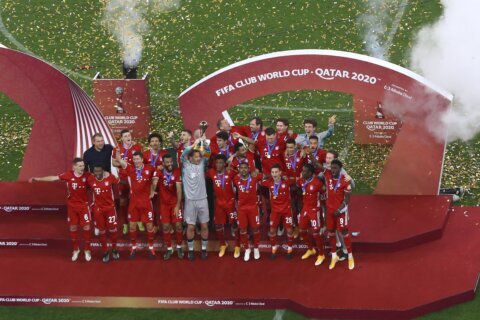