BENTON HARBOR, Mich. (AP) — A Michigan city that is urging residents not to drink tap water failed to timely warn people about high levels of lead and must make improvements at the water plant, federal regulators said Tuesday after an inspection revealed a variety of problems.

The Environmental Protection Agency said the situation was dire enough to order Benton Harbor to consider turning the water system over to someone else.

“The people of Benton Harbor have suffered for too long,” EPA Administrator Michael Regan said in a written statement. “EPA is fully engaged and working to support the community, and today, we are taking a critical next step to ensure that drinking water is safe and reliable.”

Benton Harbor is a predominantly Black, mostly low-income community of 9,100 people, about 100 miles (160 kilometers) from Chicago.

State and local officials in October told residents to use bottled water for cooking and drinking. Experts believe an aging water system, fewer users and other issues are causing lead to leach from pipes, contaminating the supply.

The EPA said it inspected the water plant in late September and also looked at how Benton Harbor had responded to elevated lead levels. The government said the city for more than a year had failed to warn residents and the Berrien County health department.

The city told “inspectors that no public education materials are sent with water bills delivered through the mail,” the EPA said in a 23-page order.

Mayor Marcus Muhammad has defended how the city has communicated with the public, insisting that advisories have been publicized since 2018. But he also acknowledged that issues at the water plant need to be addressed.

“The doctor can diagnose you, but when he gets you the prescription, you’ve got to pay for it,” the mayor said. “And if you don’t have the money then you remain sick.”

The EPA said the water plant needs to make critical filter repairs and improve the use of chlorine and corrosion control chemicals.

Benton Harbor also was ordered to hire an outside expert to address the long-term future of the water plant, including a possible merger with another system.

The problems “extend far beyond the ongoing lead contamination,” said Nicholas Leonard, director of Great Lakes Environmental Law Center, which had urged the government to intervene.

Liesl Clark, the head of Michigan’s environmental agency, said the order “is not intended as a punitive exercise” but is a way to identify Benton Harbor’s needs.

The state has been focusing on delivering water to residents and devising a strategy to replace lead water lines outside homes. Nearly $19 million in state and federal money has been set aside, but the goal is $30 million. 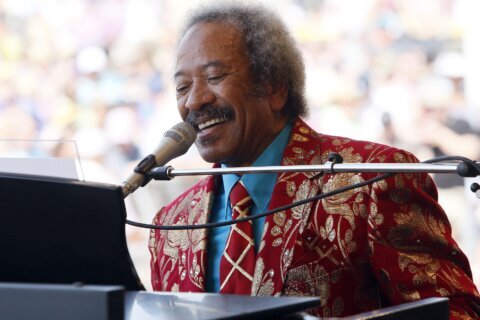