3 killed, none of them students, in school band bus crash

Two students from the bus were critically injured in the late Friday afternoon crash on Interstate 20 in Big Spring, about 250 miles west of Fort Worth, according to the Texas Department of Public Safety.

The bus from Andrews High School in Andrews, located near the New Mexico border, was headed to a football game with 25 students aboard when it was hit by the wrong-way truck, which burst into flames, killing the truck’s driver, said DPS Sgt. Justin Baker. One of the adults from the bus was also pronounced dead at the scene, he said.

A third adult and two students were airlifted to University Medical Center in Lubbock, 95 miles (150 kilometers) north of the crash site. The adult died at the hospital, and the two students were listed in critical but stable condition, Baker said.

Other students were taken to the Scenic Mountain Medical Center for treatment of minor injuries, he said.

The football playoff game between Andrews and Springtown in Sweetwater was postponed. 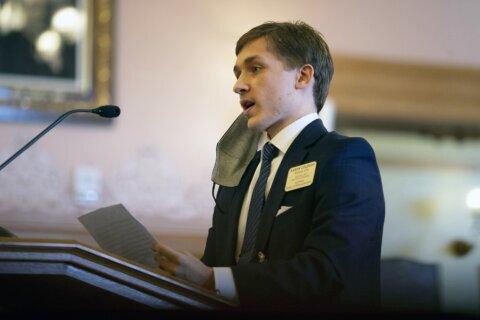