HOLLYWOOD, Fla. (AP) — A teenager with a lengthy arrest record said he was trying to kill himself to avoid returning to jail when he fatally shot a 28-year-old Hollywood Police officer, his arrest warrant said.

Hollywood police officers confronted Jason Banegas, 18, on Sunday night after getting a call about a man “going house to house” on a bicycle and trying to break into cars in the Emerald Hills neighborhood, police said.

Officer Yandy Chirino spotted the teen first and tried to arrest him, but Banegas resisted and pulled out a stolen semi-automatic handgun, the arrest warrant said.

Banegas told detectives he was trying to kill himself when he pulled out the gun, “but the officer kept moving around during the struggle” and he pulled the trigger, according to the warrant.

A second officer arrived moments later and the two men in a grassy area. By then, Chirino had apparently already been shot.

“The suspect was holding a pistol, and the victim was attempting to wrestle the pistol away from him,” eventually knocking the gun from his hand, the officer reported.

Banegas then scuffled with the second officer, who received several scrapes before finally getting the teen into handcuffs. Then he noticed Chirino was unresponsive.

Chirino’s fellow officers tried to keep him alive as he was rushed to Memorial Regional Hospital, where Chirino was pronounced dead of a gunshot to the face, police said.

According to the warrant, Banegas confessed to the break-ins and to resisting his arrest.

“He stated he was being disrespected by the officer and panicked because he was carrying a concealed weapon and did not want to go back to jail as he was just released 30 days ago,” the warrant said.

Banegas, whose criminal record began when he was just 12, had recently been released from a “high-risk” residential juvenile detention center for selling cocaine, authorities said.

The gun used to shoot Chirino was stolen from a car in Miami-Dade County in September, the warrant said.

Banegas is charged with first-degree murder and multiple other charges. During a first appearance in court on Tuesday, he was dressed in a green vest to protect against suicide attempts. Broward Circuit Court Judge Tabitha Blackmon ordered him held without bond. 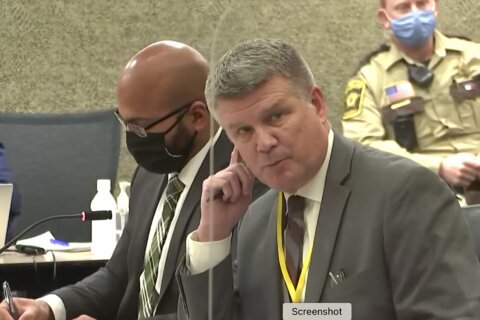