Sheriff: Officers kill man who fired on them from motorcycle

ANDERSON, S.C. (AP) — Police shot and killed a man on a motorcycle who fired on officers as they tried to pull him over on a South Carolina road, authorities said.

Robert Allen Maness, 39, crashed his motorcycle after he was shot and died a short time later at the hospital, the Anderson County Coroner’s Office said.

The two deputies in the patrol car trying to pull Maness over were not hurt in the shooting around 11 p.m. Thursday, Anderson County Sheriff Chad McBride said.

McBride said it was like an ambush as Maness pulled out the gun without warning and while still driving when deputies turned on their blue lights.

“It happened so fast. When they made contact with him, he pretty much pulled out a gun and started firing into the patrol vehicle. By the grace of God, my two deputies are alive,” the sheriff said.

“You pull a gun on law enforcement officers, I think you can pretty much expect what’s going to happen,” McBride said.

The sheriff did not say why the deputies were trying to pull the motorcycle over.

It was the second fatal shooting by Anderson County deputies in two days. On Tuesday, an officer shot and killed Jonathan Zachary Combs, 40, after he got out of a stolen car with a gun following a police chase and didn’t follow instructions to drop the weapon, investigators said.

No officers were hurt.

The State Law Enforcement Division is investigating both shootings. 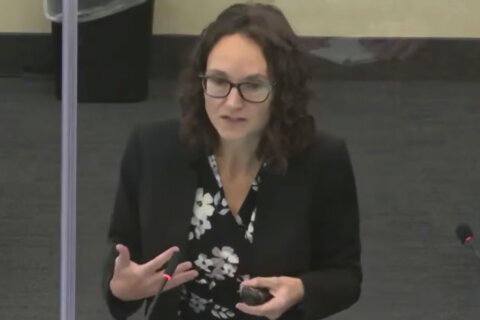