ATLANTA (AP) — Faced with deadlocked jurors, a judge on Tuesday declared a mistrial in the case of three former Georgia sheriff’s deputies accused of murdering a Black man whom they had repeatedly shocked with stun guns during a 2017 arrest.

Senior Judge H. Gibbs Flanders Jr. granted the defense motions for mistrials on the charges against Henry Lee Copeland, Michael Howell and Rhett Scott in the death of Eurie Martin, 58. The jury foreman told the judge that no juror in the Sandersville courtroom had changed their mind since Friday, the first day of deliberations, and that more time was unlikely to lead to the unanimity needed for convictions or acquittals.

Martin had a history of schizophrenia and was walking through the central Georgia town of Deepstep on a scorching day in July 2017, taking a 30-mile (50-kilometer) journey to see his relatives for his birthday. A resident called 911 to report Martin as suspicious after Martin approached the person and asked for a drink of water.

Responding officers said Martin refused to stop walking, threw down a soda can and took an aggressive stance, prompting them to fire their stun guns when he didn’t follow instructions.

The case points to a continuing reluctance by some jurors to convict law enforcement officers on charges of misconduct.

District Attorney Tripp Fitzner wrote in an email that he has requested a trial transcript and wants to study it before deciding whether to retry the case. “Out of respect for Mr. Martin’s family, they will be the first ones to know,” Fitzner wrote, praising prosecutors for working “diligently and passionately.”

For now, the three men remain under indictment and are free on bail.

Muwali Davis, a lawyer for Martin’s family, said relatives were disappointed and said Martin’s life “is worth the investment to retry this case.”

“This family wanted justice and wanted closure and this is not either,” Davis said in a telephone interview after the verdict.

Prosecutors argued Copeland, Howell and Scott, all white men, had no reason to detain Martin. They pointed to extensive video evidence they said showed the deputies were unreasonably aggressive, as well as testimony from some witnesses.

Defense attorneys, though, said Martin had illegally walked in the road, littered when he dropped a soft drink can, and took an aggressive stance and obstructed an officer when he didn’t obey the commands of the deputies. They also argued that the stun gun didn’t cause Martin’s death, which means officers were not assaulting him with a deadly weapon, a key underlying element of one of the murder charges.

Defense lawyer Mark Shaefer told jurors in closing arguments that Martin was not allowed to walk away and the officers’ actions were justified, calling it a “tragic, tragic accident” but not a crime.

Assistant District Attorney Kelly Weathers, though, argued that a death was not an accident “if your actions are in reckless disregard of what is foreseeable.”

Howell and Scott, but not Copeland, testified in their own defense.

The trial came after the Georgia Supreme Court rejected a lower court ruling that the deputies should be immune from prosecution. Flanders initially found use of force against Martin was justified under Georgia’s “stand your ground” law. That law allows for people to defend themselves with violence if they have a reasonable belief that they are in bodily danger. 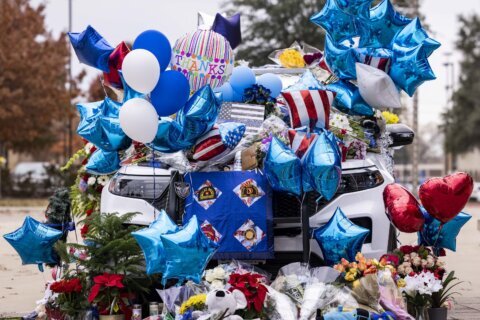