Kyrie Irving skips COVID jab and benches himself – for now

It’s hard to know where Kyrie Irving is getting his vaccination information. Hope it’s not the same sources that had…
Listen now to WTOP News WTOP.com | Alexa | Google Home | WTOP App | 103.5 FM

It’s hard to know where Kyrie Irving is getting his vaccination information. Hope it’s not the same sources that had him convinced for a while the Earth was flat.

So maybe it wasn’t much of a surprise Tuesday when science tripped up the seven-time All-Star again. Hemmed in by a New York City COVID-19 vaccine mandate that covers pro athletes and would have limited Irving to playing road games only, the Brooklyn Nets gave him an ultimatum: a.) get the shot or b.) take the 2021-22 season off.

The argument for a.) is pretty straightforward. The Nets are paying Irving $34 million per year to blend with Kevin Durant and James Harden — two of the best players in the game — and maybe deliver an NBA title to Brooklyn. But b.) is not bad, either.

Irving can stay glued to his couch and still collect a cool $16 million or so. That’s because Nets general manager Sean Marks and owner Joe Tsai, who together decided the “half-a-loaf” approach wasn’t worth the disruption, said Irving would be paid for road games where he would have been eligible to play.

“Will there be pushback from Kyrie and his camp?” Marks said at a news conference. “I’m sure that this is not a decision that they like. … But again, this is a choice that Kyrie had, and he was well aware of that.”

Irving has ducked questions about whether he was vaccinated, saying three weeks ago in a Zoom interview with reporters, “I think I just would love to just keep that private, handle it the right way with my team and go forward together with the plan.”

Whatever that plan is, Marks made clear that Irving, a vice president of the NBA Players Association, was not among the 96% of players the union said had taken the jab. “If he was vaccinated,” Marks said, “we wouldn’t be having this discussion.”

How much more they talk remains to be seen. It’s worth noting the NBA was the first major sports league to pull the plug on its season when the pandemic began raging in March 2020, just hours after Commissioner Adam Silver got word that Utah Jazz star Rudy Gobert had tested positive for COVID-19. It was also the only league to devise a single “bubble” to resume games and among the first to let some fans back in the stands. The people in charge aren’t likely to start bending the rules now.

Irving is an engaging, curious 29-year-old who does a lot of charity work behind the scenes, but he’s got a contrarian’s streak a mile long. He fought the league over the bubble setup and then skipped out on the Nets a few times last season, citing “personal reasons” only to be caught partying. He’s dabbled in conspiracy theories before, too, most famously with his “earth is flat” pronouncement during a 2017 podcast interview.

Then, just as now, Irving was coy about who he listened to on the topic and encouraged people to “do their own research.” But he’s no more qualified to pass judgment on the validity on the vaccine studies than one of those researchers would be running a fast break in the closing minutes of a big game.

Speaking of big, more than a few former NBA greats have joined the campaign to persuade not just Irving, but the few remaining holdouts, to get the vaccine. Kareem Abdul-Jabbar, Charles Barkley and Shaquille O’Neal, among others, have framed it as a responsibility to teammates, and Michael Jordan, now the owner of the Charlotte Hornets, declared himself “in unison with the league, a firm believer in science.”

Wherever else Irving is looking for advice, he’d better finish up soon. His kind of talent doesn’t come along often, and the chance to play alongside Durant and Harden and add another NBA title to the one he claimed in Cleveland might not last for long.

Right now, Irving is staying mostly silent, perhaps remembering the sting he felt after the flat-Earth episode. He tried laughing it off, then repeated it in an interview months later with The New York Times, and laughed it off a second time before finally apologizing.

“To all the science teachers, everybody come up to me … I’m sorry,” he said. “I apologize. I apologize.”

Silver — who like Irving went to Duke — took a light-hearted approach to the whole matter back then.

“Kyrie and I went to the same college,” he said at the time. “He may have taken some different courses.”

This time, watching one of the game’s most popular players threatening to bench himself over an almost-as-misguided understanding of science, the commissioner isn’t quite so amused. 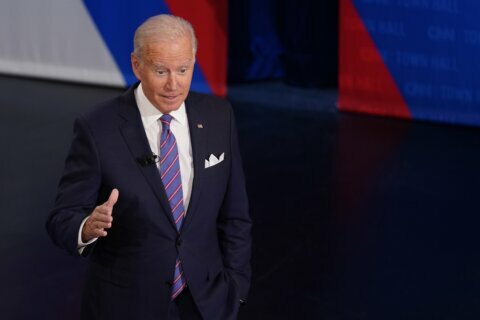