SACRAMENTO, Calif. (AP) — California Gov. Gavin Newsom rolled up his sleeve Wednesday and received a coronavirus vaccine booster shot, a move he encouraged others to take as the state heads into the time of year that in 2020 ushered in the deadliest spike of COVID-19 cases.

Much has changed since then — 88% of those 18 and older in California have received at least one dose of a vaccine that didn’t exist last fall and millions have survived contracting the virus and have a level of natural immunity, though it’s unclear for how long.

Still, millions are not vaccinated and new cases and hospitalizations have flattened after a steady two-month decline that saw California boast the nation’s lowest infection rate. State models show a gradual increase in hospitalizations in the next month.

Newsom got his shot at a health clinic in Oakland from Dr. Mark Ghaly, secretary of the California Health and Human Services Agency. He said it was painless and then flexed in celebration. After a 15-minute break to ensure no immediate side effects, he issued a warning about the dangers of the upcoming holiday season.

“This is an incredibly important time because what tends to happen this time — it happened last year — is our attention wanes,” Newsom said. “We start focusing on other things. And as a consequence, we can let our guard down.”

The state seems to have reached what Ghaly called a plateau after its steady decline in cases and hospitalizations since the summer surge of the delta variant of the virus.

Models show coronavirus hospitalizations increasing slightly over the next month, from about 3,800 in hospitals now to about 4,460 by Thanksgiving.

The models forecast a gradual drop in intensive care patients but with a troubling upward curve starting in about two weeks. Deaths are expected to continue their inexorable climb, adding nearly 3,000 to reach a pandemic total of 74,000 by Thanksgiving week.

The rate at which each infected person spreads the disease, known as the R-effective, remains below 1 statewide but had been creeping up since mid-September until another recent dip. Anything below 1 means the number of infected persons will decrease.

That pattern is mirrored in most regions of the state, but the rate in the Greater Sacramento area has edged back above 1, meaning the virus will start to spread.

Still the numbers are a far cry from what the state experienced less than a year ago.

At the end of last year and into January, there were single days when more than 50,000 new cases were recorded, compared to the state’s average of about 5,900 new cases per day in the last two weeks. Nearly 21,000 Californians were hospitalized at the peak and more than 18,500 people died in January alone.

Other experts are not expecting anything like last winter’s deadliest surge, even as people spend more time inside together given the approaching chill, poor weather and holidays.

“I’m not as pessimistic as the state or the governor,” said Dr. Lee Riley, chairman of the Division of Infectious Disease and Vaccinology at the University of California, Berkeley, School of Public Health. “The name of the game really is vaccination.”

Other places where winter conditions have already set in are not seeing significant jumps, he said. He does expect testing systems to be strapped as doctors and patients sort out the difference between the coronavirus and other respiratory diseases.

“Certainly the most mitigating factor is the immunity in the population,” agreed Dr. Jeffrey Klausner, a professor of epidemiology at the University of Southern California.

Counterintuitively, he expects the hardest-hit and most vulnerable populations last time to enjoy the best protection now because they have built up a natural immunity. So areas like Los Angeles, which had disproportionate levels of infections, hospitalizations and deaths, are likely to be protected from a surge.

By contrast, Klausner expects the San Francisco Bay Area, with higher levels of vaccinations but fewer illnesses, is “going to be potentially the most susceptible to a surge because their immunity … is mostly derived from vaccination, which we have learned is actually not as strong and durable as immunity that is acquired after infection.”

California is prepositioning millions of small-dose Pfizer vaccines in anticipation that the federal government will give final approval to administer the shots to children aged 5-11 as early as the end of next week. About 3.5 million children would be eligible, or 9% of California residents, state epidemiologist Dr. Erica Pan said.

The state plans to mandate vaccinations for school children but that’s not expected to kick in until the 2022-23 school year. Meantime, California will wait until after this winter to review its school masking requirement and then will look at typical indicators like the number of people who are vaccinated and the rate of transmissions and hospitalizations, Ghaly said.

Despite the governor’s appeal for more people to be vaccinated or receive booster shots, the state government has a done poor job of policing its own rules.

Newsom was the first governor in the nation to mandate all state workers either get the coronavirus vaccine or submit to weekly testing. The policy went into effect Aug. 2, but the Los Angeles Times reported this week many state agencies ignored the deadline without consequences.

Critics said the state’s blasé approach undermines the point of the mandate, which is to make sure state workers who interact with the public are protected and protect others.

Newsom said after the mandate the number of state workers vaccinated increased from 62% to 67%.

“We’re doing something at scale that’s never been done,” Newsom said Wednesday. “So I like the progress we’re making.” 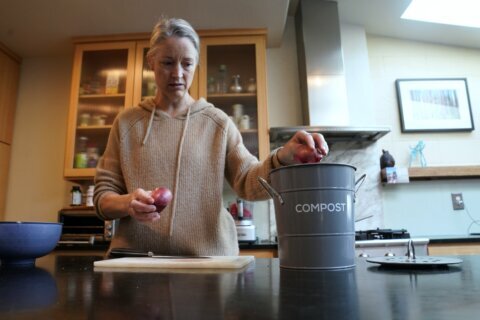 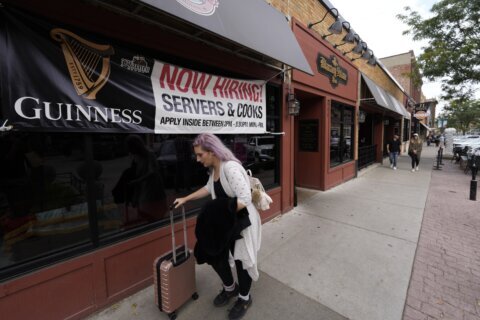