ST. LOUIS (AP) — A Missouri inmate who admitted to a long-unsolved killing while serving time for robbery says he confessed to the crime because his conscience was nagging him.

DeAngelo Thomas said he felt relief when he penned his admission to police from his prison cell in 2018.

“Just like a weight lifted on my shoulder,” he told the St. Louis Post-Dispatch in a recent interview, the first time he has talked to a reporter about the 1999 shooting death of 30-year-old Floyd Epps.

Epps was a stranger who agreed to buy Thomas a bottle of whiskey because Thomas was too young. Afterward, they fought over $18. Thomas claims he only wanted to wound the man. In the years after the killing, police never questioned Thomas nor considered him a suspect.

But Thomas’ conscience pestered him. Friends urged him not to confess, telling him he could be paroled in his robbery case in as soon as two years and be home free.

But Thomas had been reading the Bible, which he found more convincing than his friends. “I knew I had to repent,” he said.

Detectives seeking to corroborate Thomas’ confession found microfilm of a Post-Dispatch article Thomas had read, to explain how Thomas knew Epps’ last name. They also confirmed the caliber of the weapon Thomas claimed he used.

“It was a unique caliber,” Joshua Wenstrom, a detective who has since retired, told the newspaper on Tuesday. “And he got it right on the money.”

In October 2019, Thomas pleaded guilty to voluntary manslaughter under a plea deal. Epps’ relatives urged the judge to deliver a harsh penalty. Thomas received a 15-year sentence, which he thought was too long.

Thomas is being held at the Potosi Correctional Center, where he is scheduled for a parole hearing in December 2026 on his six sentences, including robbery, manslaughter and armed criminal action. Chris Neiman, a spokesperson for the Missouri Department of Corrections, said Thomas’ sentences expire in 2041.

“It was just amazing how, since this was a stranger-on-stranger crime, if the guy had not come forward with this confession, the case would not have been made,” said Morley Swingle, who was an assistant circuit attorney in St. Louis when Thomas confessed. 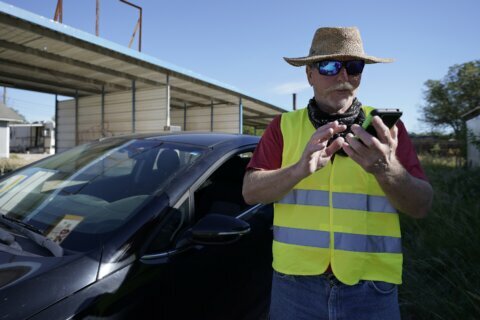